Our Annual is on sale now! 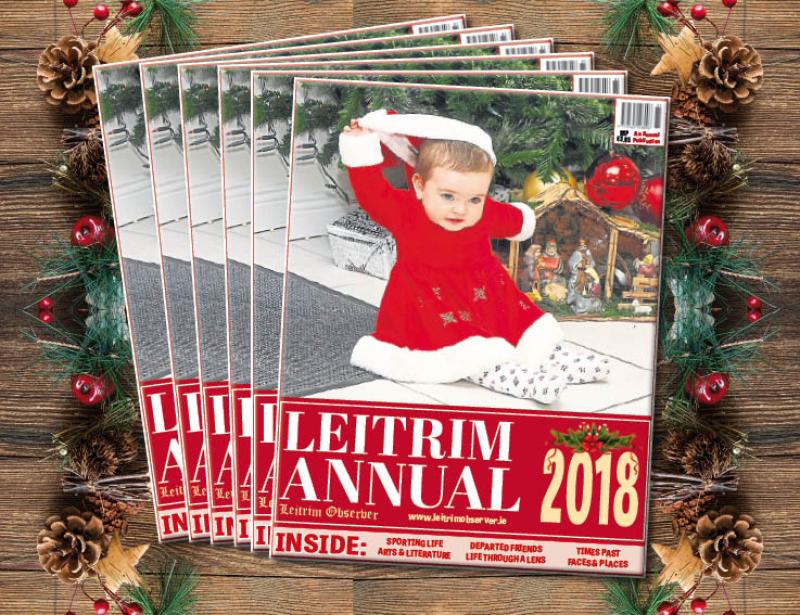 Following on from the huge success of our 2017 Annual last year, we are delighted to announce the return of the Annual 2018!

Now available in your local newsagents, this 88-page bumper edition will be the ideal stocking filler for the festive season.

We look at the year gone by in Co. Leitrim, the highs, the lows, the events that had people talking, those who left us, those who made a mark - it’s all in there!

We feature various stories about Leitrim people over the past year with great stories and interviews.

There are also lots of wonderful photographs from throughout the year and our coverage of sporting events marks all the big occasions in the sporting calendar in 2018.

So don’t miss out on this wonderful authentic Leitrim Christmas gift.  Whether at home or abroad, this is the ideal Christmas present for local people this year.

Priced just €3.95, and available at the following local stockists!