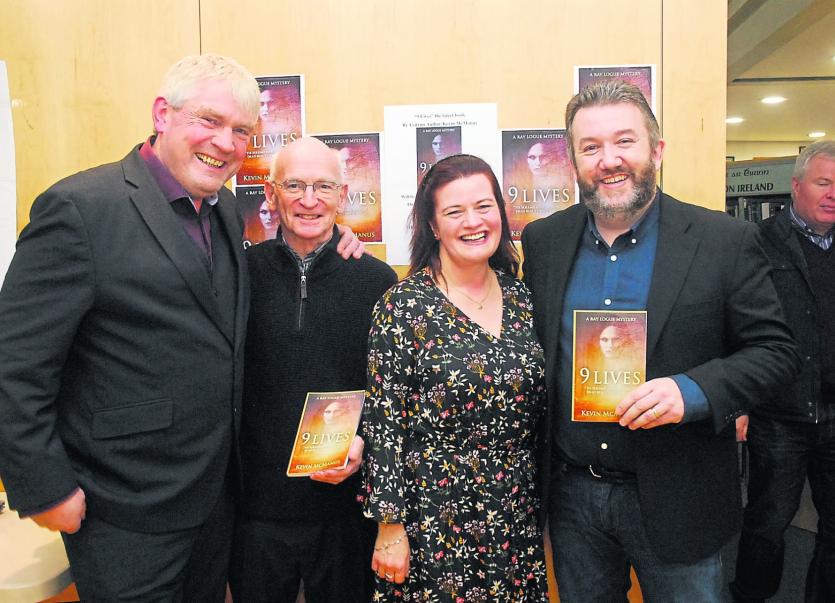 The book was launched by the award-winning actor, playwright and Leitrim Guardian, Man of the year: Seamus O’Rourke.
Kevin McManus who lives in Carrigallen is a teacher in Drumshanbo Vocational School. During his speech he expressed his gratitude to the people who turned out to support him on the day.

The launch was attended by Kevin’s wife Mary, his parents Kevin and Noreen, his sister Miriam and her daughter Katie.
Along with extended members of the McManus family and friends and neighbours from the area. Kevin was especially grateful to have his former principal Eamonn Daly attend along with councillors Paddy O’Rourke and Sinead Guckian.
“9 Lives” is a crime fiction novel. It is the third in the series of Detective Ray Logue Books. The story begins in County Galway in 1979 and moves to Boston in 2009 as the central character unearths new evidence on a cold case that he hopes will bring a serial killer to justice.

Last December, another of the author's books “Under the Red Winter Sky” was voted crime novels of the year out of 4000 other nominated crime novels from around the world. Currently his 4th novel “New Blood” has been shortlisted again this year for the same award.

“9 Lives” is available to download and purchase on amazon.co.uk on eBook and paperback. A limited number of paperback copies are available in Mulveys in Carrick and in local shops in Carrigallen.