Tesco staff in Carrick-on-Shannon to strike again this weekend 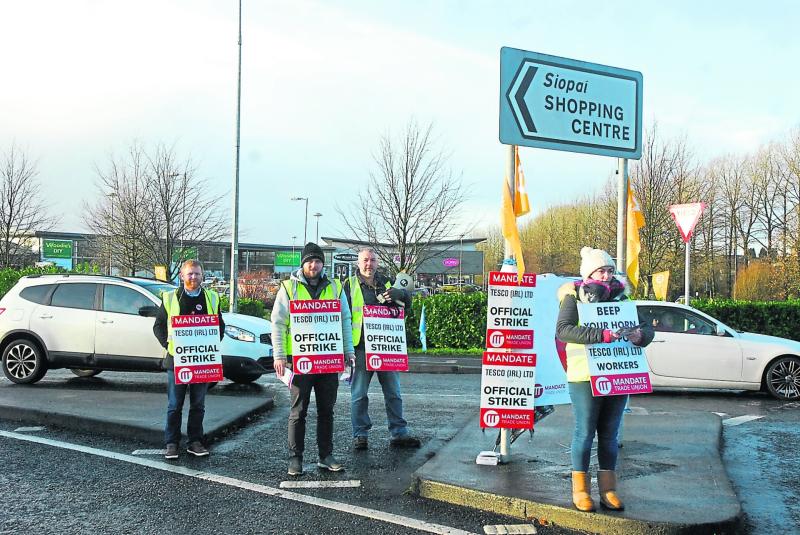 Workers at Tesco in Carrick-on-Shannon will once again picket the store this Saturday, January 26.

The Tesco staff in Carrick-on-Shannon and Sligo will both strike on Saturday as part on the "ongoing" dispute  over local working hours and contracts and conditions.

David Gibney on behalf of Mandate said Tesco management has failed to respond to correspondence from the union to resolve the situation. He said the strike before Christmas in Carrick-on-Shannon was "ignored."

Mr Gibney said the public supported their previous strike and hope they will stand by local workers and respect the picket this Saturday. "We apologise for the inconvenience to customers but until Tesco recognise us and sit down to negotiations we have no other option. Workers in Carrick are determined that their democratic rights."

And he says he can’t rule out more stoppages as the mood of workers hardens.

Also watch: Tesco workers on strike at Carrick-on-Shannon in December