Jack Lukeman and Patrick McCabe in The Dock 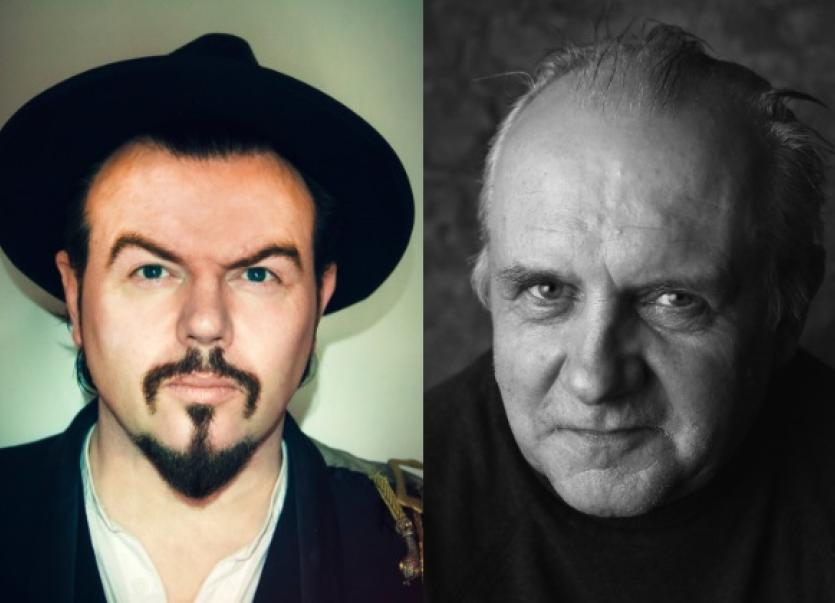 This Lukeman/McCabe collaboration might best be described as old-style village hall vaudeville for the future.
Jack L will be joined on stage at The Dock on Saturday, February 2 by the renowned Irish novelist Patrick McCabe as the duo will be perform together for the first time in nearly 20 years.

If anyone could conceive of a cottage fire being raked late at night as a scratchy phonograph playing Joyce and Count John Mc Cormack begins its revolutions they might find themselves coming close to capturing the atmosphere of this unique show.
In Lukeman’s own words the show is “basically Pat reading and me following up with a few songs” but, as anyone who has seen either Jack L or Patrick McCabe perfrom will know, this performance will be something very special and unique.
The duo last toured together in the late 1990s when they travelled across the US together with a show featuring a combination of songs and storytelling.

When McCabe launched his latest novel, ‘Heartland’, in Whelan’s in Dublin last September, they decided to give touring together another shot, booking three special gigs in the middle of Lukeman’s Irish tour.
Luckily one of these has been booked into The Dock, Carrickon-Shannon and with tickets almost sold out, it promises to be a night of revelations and a maybe few surprises.

Also read: The First Protestant:A play for our time