Over half a million euro spent on local councillors 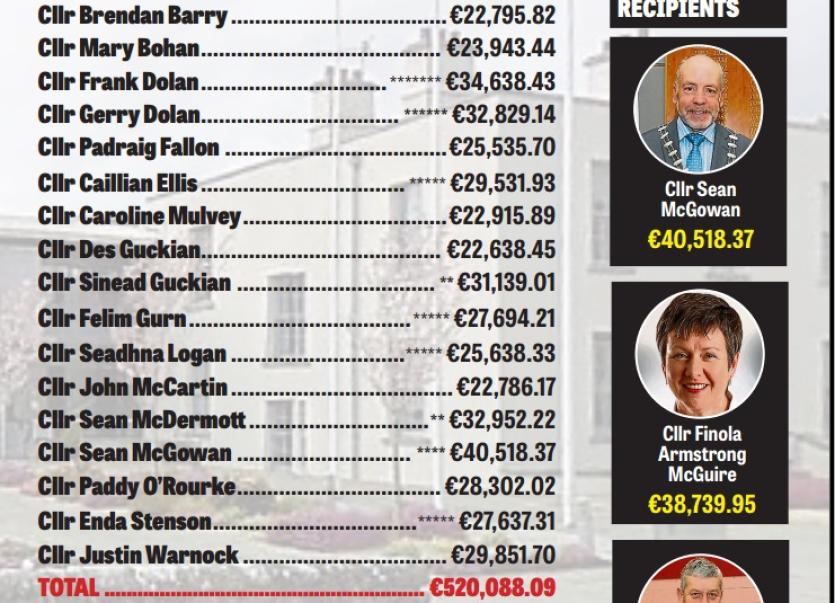 While one councillor said he is “getting a fair payment” for his service the two highest paid local representatives outlined how the role is “not a five-day-week” job. 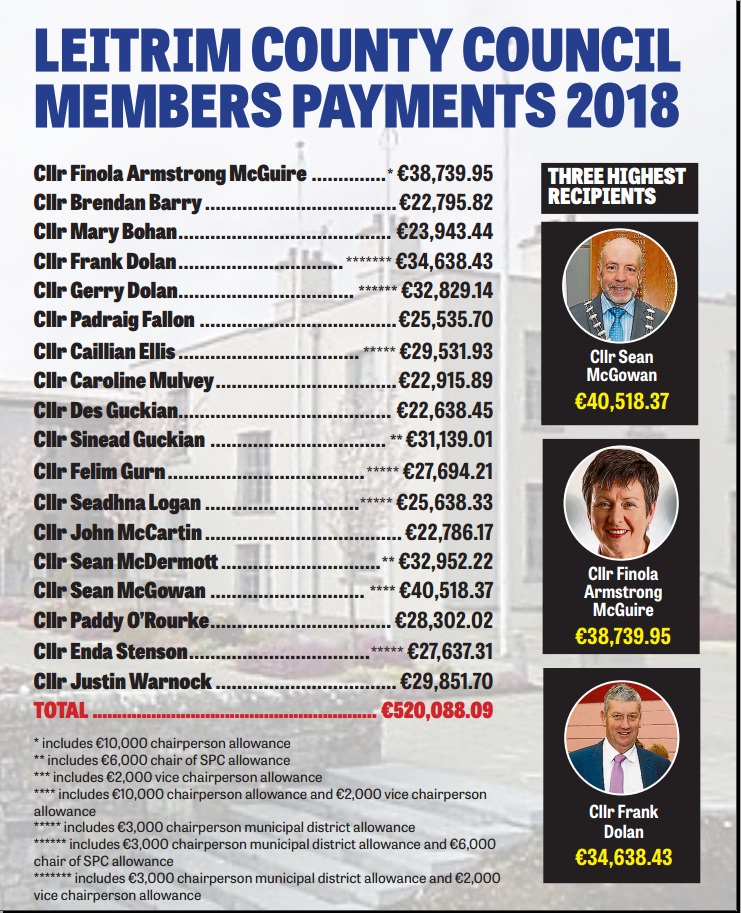 Dromod’s Sean McGowan not only topped the Leitrim list but was also higher paid than chairpersons in Roscommon and Longford last year. McGowan served as chairperson for half of the year and vice-chairperson for the other half, which bumped him up €12,000 ahead of the others. The Fianna Fáil representative said: “It is a 24- hour, seven-day-a-week job.” He also commented: “The workload has increased, we cover bigger areas and we are the people on the ground, the first port of call for many.”

Carrick town’s Cllr Finola Armstrong-McGuire was the second highest earner in Leitrim. She served as chairperson for six months and was the only Leitrim councillor to receive foreign travel expenses in 2018. She claimed €3,941 for her trip to New York for St Patrick’s Day.
Cllr McGuire explained that the Leitrim Association dinner dance is held on the Friday and the actual parade is not until the next Sunday - the trip was 10 days.
“It is not worth coming home and going back out and it is vital to attend both the dinner dance and the parade,” she stated.
Cllr Armstrong-McGuire admitted: “I didn’t see the importance of the visit until I was there.” She said she promoted Leitrim tourism as well as investment to the local economy. “These people sponsor Leitrim’s young people for work in the USA every year, they honour great Leitrim people who have contributed to New York and to their home county. That link is important, the trip to New York for St Patrick’s Day is valuable to both sides.”
The Carrick woman added that her work as a councillor complements her business in town and without her council payment, she would have to “reassess my position with the shop”.

Independent Des Guckian took home the smallest payment. He told the Observer: “I have consistently been the lowest paid councillor.”
Cllr Guckian did not claim for conferences, training, adhoc expenses or a mobile phone allowance. The Annaduff man said: “It is not a thing I do, I am getting a fair payment for my time.” In relation to conferences, Cllr Guckian called them “junkets that do not serve a purpose for local people”.
“I would go to something if I thought it was of value,” he said. When asked about his lack of training expenses, he replied: “I went to one, but got fed up in it. I can think of a better use of my time.”

Councillors Gerry Dolan, Des Guckian, Felim Gurn, Seadhna Logan and John McCartin did not claim mobile phone allowances, they have previously said they believe their basic wage covers their phone bill, but that is contrasted against Sinn Féin’s Cllr Caroline Mulvey who claimed €600 for her phone allowance. No Leitrim Sinn Féin councillor earned above €26,000 in 2018.

The full breakdown of the councillors expenses: 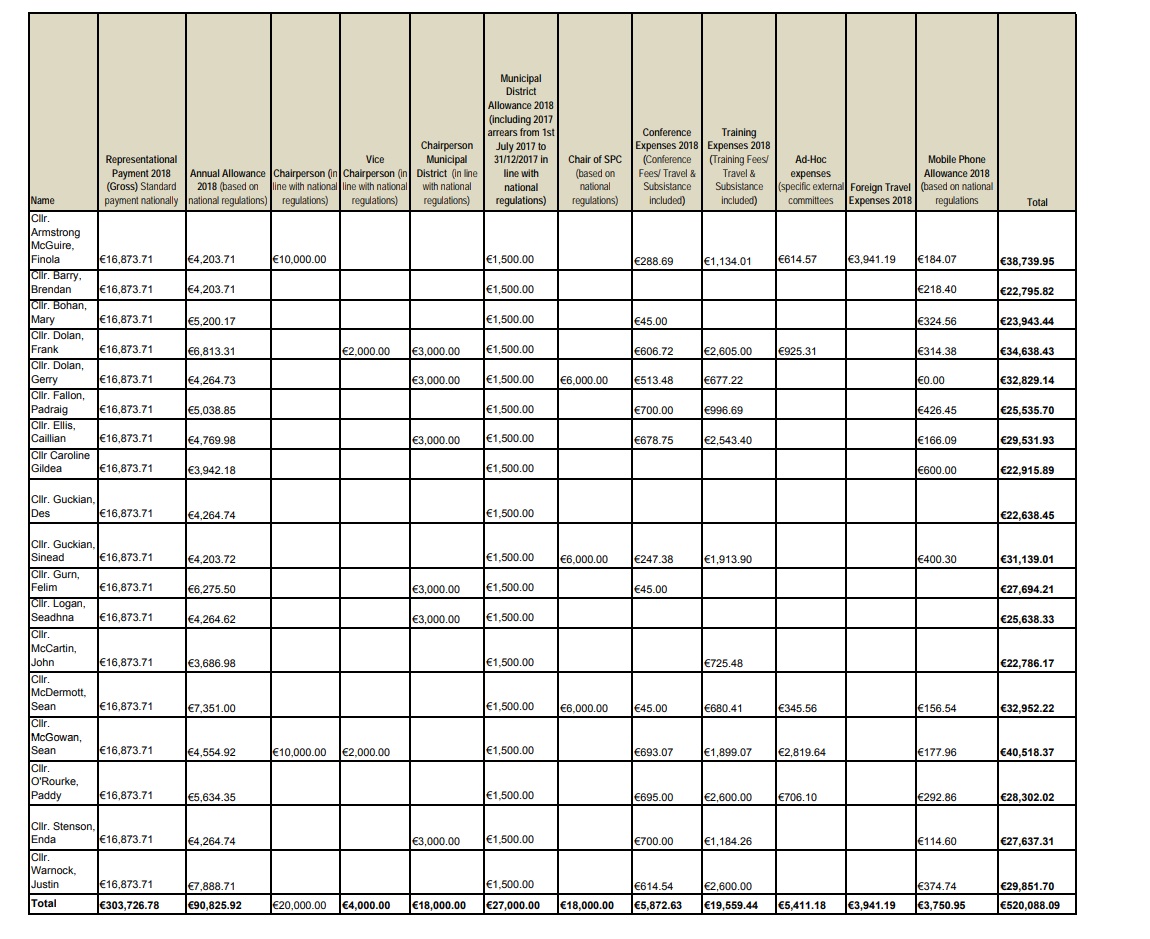