Every Leitrim town and village needs a bus shelter 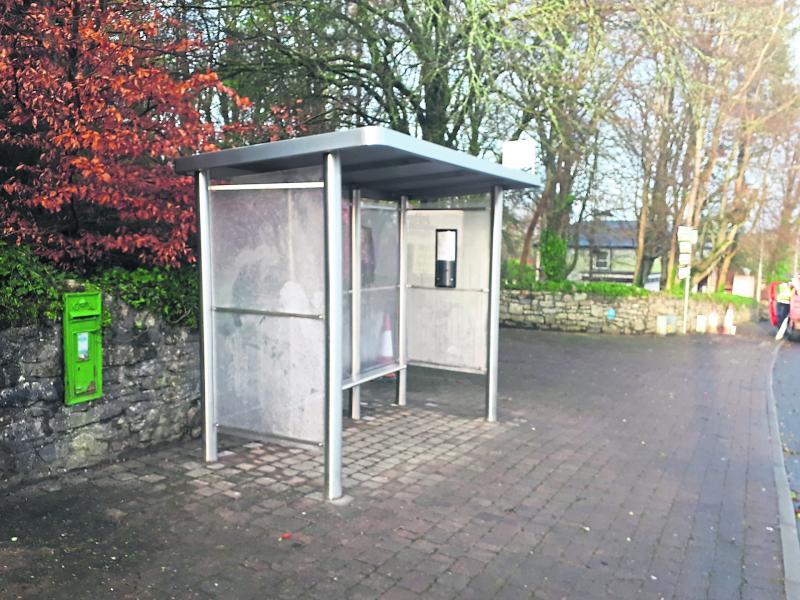 “Every town and village in Leitrim should have a bus shelter” announced Cllr Justin Warnock last week.

Warnock was speaking on a proposal by Cllr Padraig Fallon who was seeking a bus shelter in Drumkeerin.
Cllr Fallon said at least six people a day use the Local Link in Drumkeerin and some are left “drenched” waiting for the bus. Cllr Warnock upped the game by saying “over one hundred people in Kinlough use bus transport and the village has no bus shelter.”

There are two bus stops in Drumkeerin, one servicing the south of the county and the other servicing the north. Leitrim County Council said: “The CLÁR programme provides funding for small scale infrastructure projects in disadvantaged rural areas the maximum funding available for the installation of a bus shelter is €25,000.”

Cllr Warnock said a shelter doesn’t need to cost €25,000. Cllr Fallon asked if one shelter could be provided for both stops in Drumkeerin, he asked the council to consult Local Link and Bus Eireann who stop in the village.
Cllr Mary Bohan supported the proposal and said one shelter in a safe location would be preferred.

A new bus shelter was recently installed in Dromahair.