Use Your Brian Not Your Fists wins national award 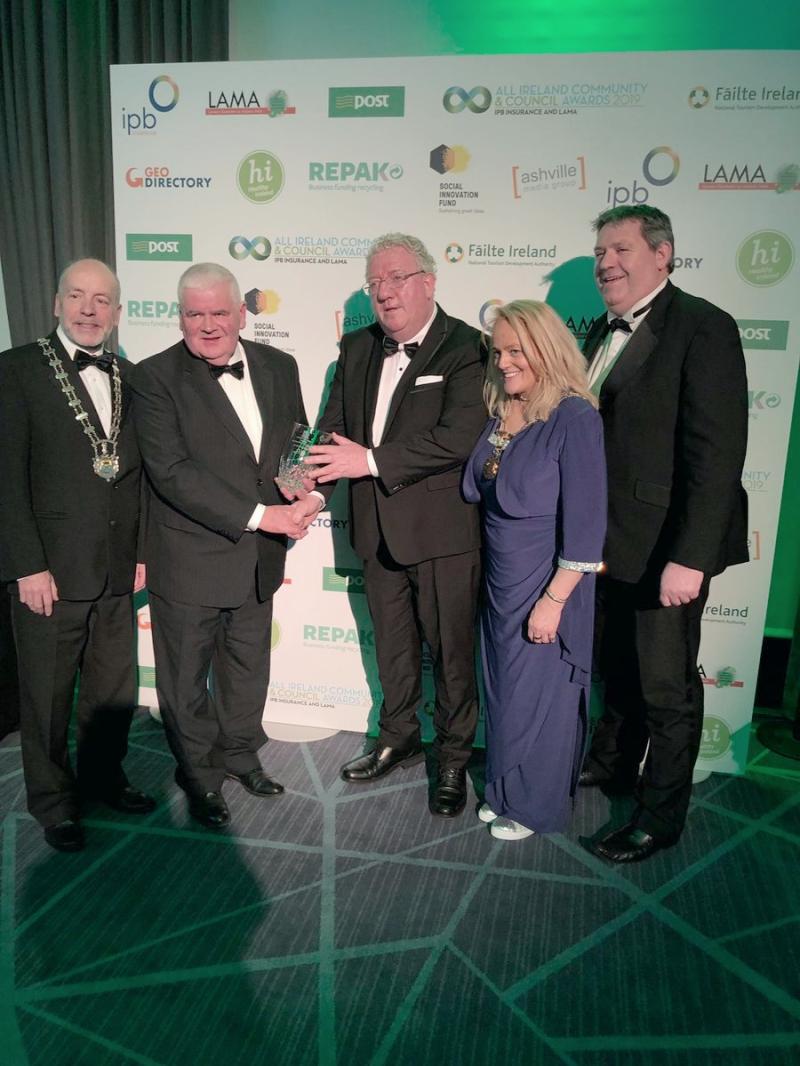 Leitrim County Council in conjunction with Comhairle na nÓg Liatrioma won the National Impact Award with Use Your Brain Not Your Fists in the Community and Council Awards at the weekend.

The awards were presented by IPB Insurance and Local Authority Members Association in Croke Park on Saturday February 9.
The award recognises the positive effect of the campaign on the nation.
The Use Your Brain campaign was an initiative by local young people for young people, reflecting the dire consequences of momentary senseless madness, more often than not as a result of alcohol or substance abuse.

The powerful content was inspired by the death of Andrew Dolan from Carrick-on-Shannon and the catastrophic injuries suffered by Shane Grogan from Tuam, following senseless and unprovoked attacks.

Cathaoirleach of Leitrim County Council Sean McGowan stated: “It is wonderful to see the recognition given to Comhairle na nÓg and the young people of Leitrim for this excellent project. The video is very powerful due to the heart breaking contributions of the Dolan and Grogan family and I hope that this video will be taken up by the Dept of Education and shown to all secondary school children throughout Ireland.” Cllr Sean McGowan said the GAA is now looking at it in a national context, it is hoped to get it included on the second level school curriculum.