Action against GP following death of mother of three 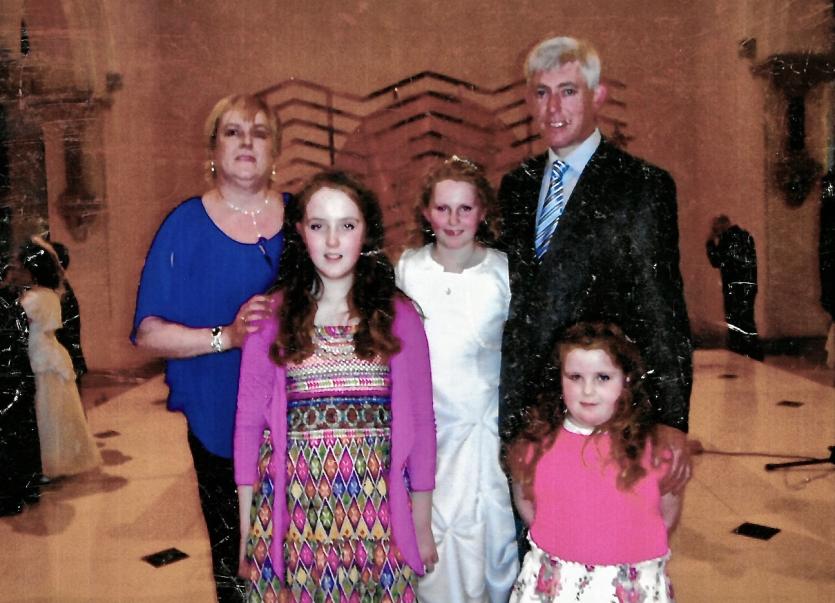 Sheila Tymon, back left, with her husband Michael, and daughters, Rachel, 10, Rebecca, 8, and Katelyn, 5, at Rebecca's First Communion in May 2013, one month before Sheila died.

The husband of 42-year-old mother of three who died of a heart attack just hours after visiting her GP complaining of cardiac like symptoms has described yesterday's High Court settlement as "the end of a long journey."

Michael Tymon was reacting to the settlement of an action against GP Martina Cogan who was practising at a surgery at Keadue Health Centre, Keadue, Co Roscommon in 2013. 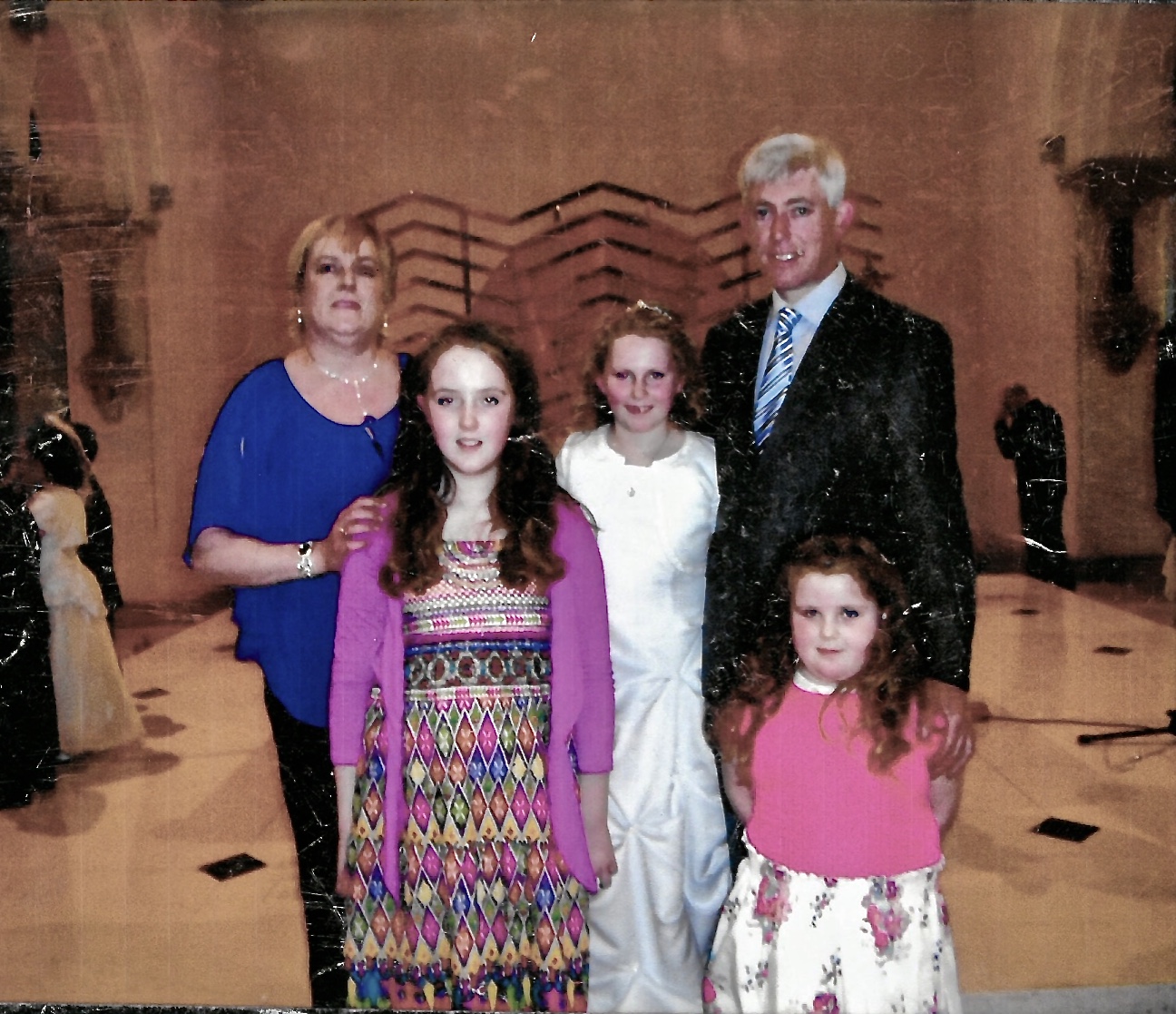 Sheila Tymon, back left, with her husband Michael, and daughters, Rachel, 10, Rebecca, 8, and Katelyn, 5, at Rebecca's First Communion in May 2013, one month before Sheila died.

The three young daughters of found Sheila Tynon collapsed on her bed at home and they had to ring their father who drove with his car lights flashing to get to the family home at Kilboderry, Summerhill, Carrick-on-Shannon, Co Leitrim.

The settlement of €750,000, Mr Justice Kevin Cross was told, was without an admission of liability.

Counsel for the Tymon family, Pearse Sreenan SC said it was their case that Mrs Tymon should have been sent on for further investigation and treatment which in all probability would have saved her and she would have gone on to live a full life.

Sheila Tymon (42), it was claimed in June 2013, complained of having abnormal sensations in her chest and down both arms which were very unpleasant and causing her discomfort and pain.

It was claimed she went to GP, Ms Cogan on June 10 who found that Mrs Tymon's blood pressure was high and a working diagnosis of possible shingles was made.

On June 12, 2013 it is claimed Mrs Tymon attended the doctor’s surgery and a 24 ambulatory blood pressure monitor was applied.
An anti-hypertensive medication was prescribed and the plan was for Mrs Tymon to have a further review in three weeks.

Mrs Tymon it is claimed took her medication but continued to get pain on exertion and at rest.
On June 25, 2013 Mrs Tymon phoned the doctor's surgery and asked if she would bring the review appointment forward and was told there was no appointment available until June 27.

On that day she attended the doctor's surgery and it was recorded she had recurring jabs in the front of the chest, shoulders, the top of her back and down her arms.
The working diagnosis was of a muscular/skeletal problem and she was prescribed anti-inflammatories.

Mrs Tymon, it is claimed, felt reassured but later that evening she complained of pain in her neck radiating into her head.
At 7.45 pm, her children found her lying motionless on her bed.

A post mortem on June 29, 2013 found Mrs Tymon had extensive cardiovascular disease and her heart was enlarged.
The cause of death given as acute cardiac failure.

There was also, it was claimed an alleged failure to recognise, diagnose or treat or suspect that Mrs Tymon was having had or likely to have a deep vein thrombosis which could cause a pulmonary embolism which unless treated could be and proved to be fatal.

Approving the settlement Mr Justice Kevin Cross offered his sympathy to Mr Tymon and his family.

In a statement after the settlement was reached, Michael Tymon said, "On the morning of the 27th June 2013, my beloved wife Sheila attended her GP, with cardiac type symptoms.  Her symptoms did not result in a referral.  That evening my daughters Rachel, Rebecca and Katelyn who were then aged 10, 8 and 5 years old, found their mother collapsed and motionless.

"Rachel telephoned me and from the description I knew in my heart that Sheila was dead.  However, I drove home at speed and I tried to resuscitate her as did the emergency services but she was gone.

"I was distraught and trying to find answers and could not reconcile how this could have happened.  My wife was only 42 years old. I did not get any answers until I attended Cantillons Solicitors.  The evidence obtained demonstrated that if Sheila had been referred for review, that she would be alive today.

"This is the end of a long journey which could have been easier and considerably shorter if the error of the GP was admitted.

"Even as this case concludes, no admission of liability or apology has been offered.  I am saddened by this but I feel I have done my utmost for both Sheila and our daughters in getting answers as to why she died."