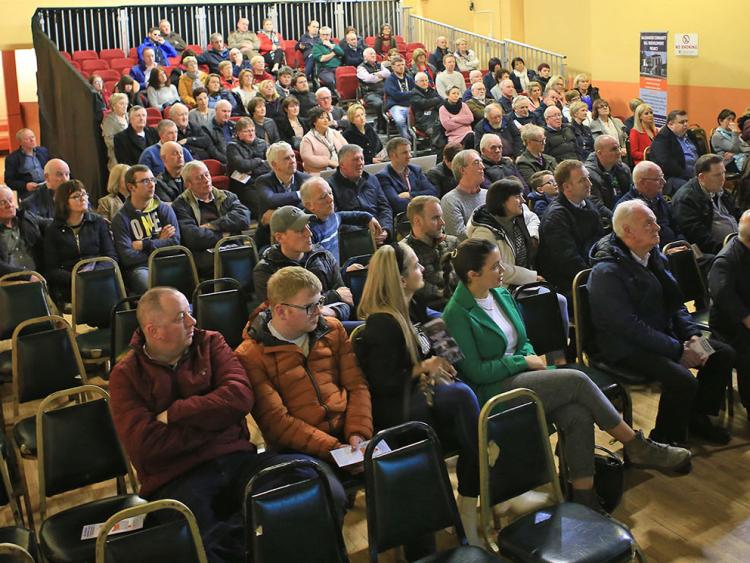 Members of the community turned out to hear about the redevelopment of Ballinamore Community Hall two weeks ago. The hall will be transformed into the Island Theatre

Builders are expected to start work on the major redevelopment of Ballinamore community hall at the end of this month.
There was a great turn out of approx 160 people to the launch of the project recently.

Details of the new plans were discussed and many questions were asked by locals. Tom Burns, chairperson of the hall committee said it was “very positive” and “everyone understands why we want to do this and how it will benefit the whole community.”

Mr Burns said the finance committee are now meeting with people to discuss the #weeklyfiver plan which will help fundraise the extra €300,000 needed to complete the works.
Those who pay €250 in 12 months will be entered into a draw for €5,000 each year.
Families or groups who contribute €250 annually for five years will be commemorated in the newly developed hall on a plaque.
The committee say they have had a great reaction to the fundraiser and have already had a good number of people who have signed up for the five years.

Watch| The video about Ballinamore's plans to redevelop their iconic hall 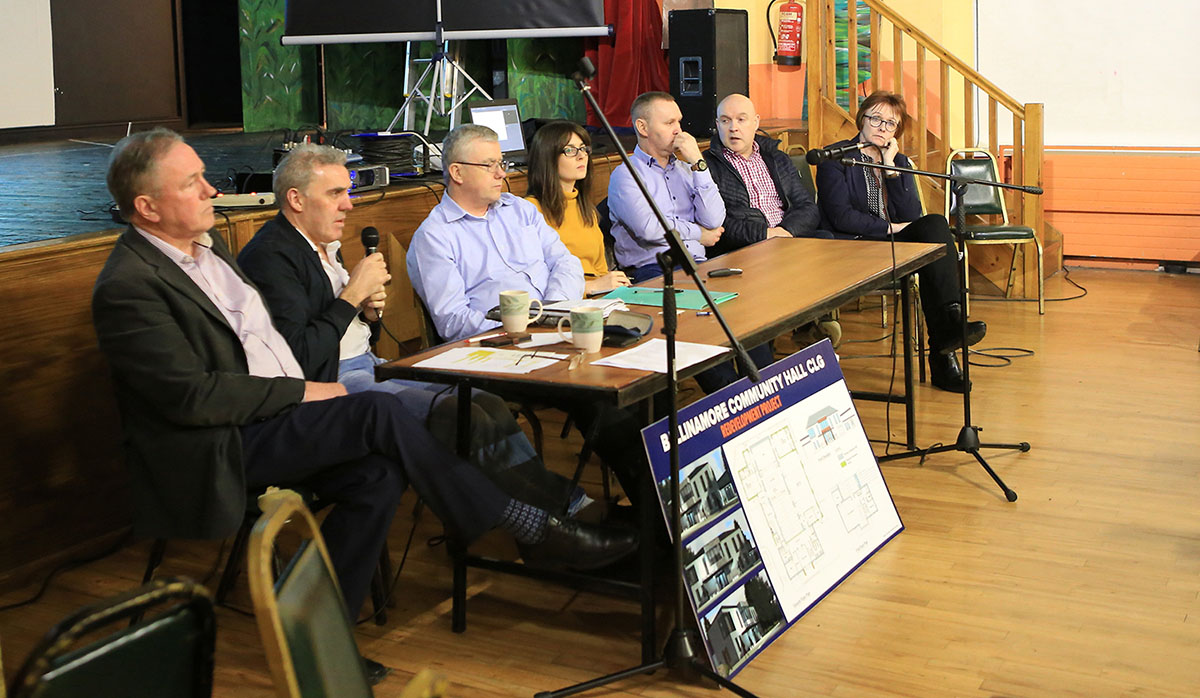 The plan to erect in excess of 200 retractable tiered seats into the large hall, makes it one of the biggest sit down venues in the region.
The hall will undergo a complete redesign outside, the red brick will be replaced by a clean plaster and grey stone look and a new name - The Island Theatre.
There will be a new lighting and sound system and a cinema size screen and projector.
A new area will be built to the side of the hall for classes, rehearsals and other events. The kitchen, office and meeting rooms will be improved and a first floor reception area will be installed with a beautiful vista of the town and a glazed screen onto the main hall. The dressing rooms will be extended and main kitchen facilities improved.

Also read: Community in Ballinamore planning for a better future