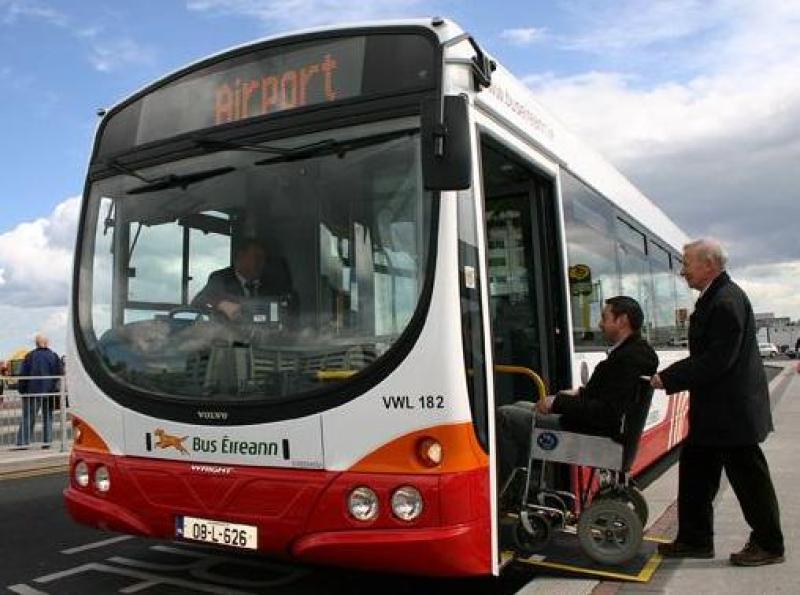 Deputy Kenny said: “This has been raised particularly by a lady living in Ballyshannon, Victoria Matthews, who has protested and campaigned very hard on this.  She is a wheelchair user.  She intends to do a course in the Institute of Technology in Sligo and there is no public transport to bring her there because there is no wheelchair accessibility on the bus serving that route.”

Deputy Kenny went on to explain that the need is for a low access bus on these short routes, from which a small ramp unfolds to allow wheelchairs and walking aids along with buggies and prams to get on the bus easily.

“That is the model we need to see in most places. Bus Éireann in Sligo tells me it has several buses doing that, but they are not allocated to that route and it says it does not allocate the buses to the routes, that is done by the National Transport Authority, NTA.

“That is a disconnect that needs to be resolved.  I am sure the Minister for Transport, Tourism, and Sport has a written reply telling me about all the places where there is public transport that is accessible to all.

“There are many routes in rural Ireland like this one, where people in wheelchairs and people who have difficulties and disabilities want to access public transport, not just from an equality point of view but also because it would enhance their lives and give them a sense of a future by doing courses in college, as this lady wants to do, or employment opportunities they may want to take up but that they do not even consider because travel to those places is closed off as there is not proper access on the bus routes.

“Vicky Matthews is starting this course at the end of next September.  We need to see fully wheelchair-accessible transport in place between Donegal town and Sligo IT, and Sligo town on Route 480 before then.  I appeal to the Minister to make that happen.”

Also read: Prisoner of the Moon: Leitrim based drama documentary turns moon landing on its head