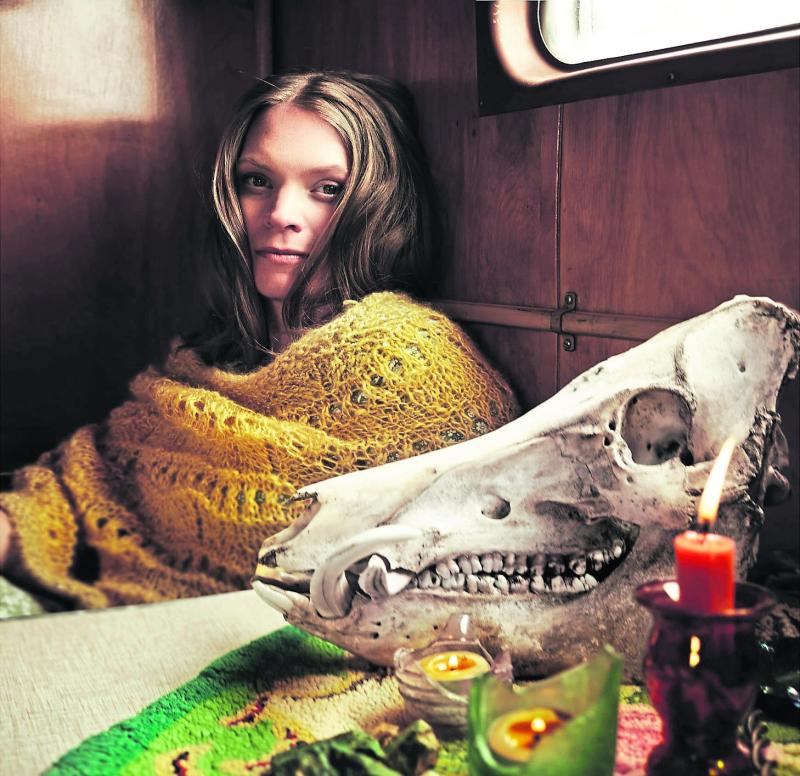 Maine's Amber Cross will perform in Manorhamilton on April 12

Amber spent her early years surrounded by gospel music in a small town church where her father preached and her mother played piano.
Amber released her debut album You Can Come In in March of 2013. Country Music People Magazine/UK, discovered the album and gave it a five star review and CD of the Month, saying: "Every now and again a debut cd arrives and you know about 30 seconds in that you are experiencing something a bit special... it's appeal is likely to be broad, from bluegrass, rootsy Appalachian, to country or honky-tonk."

Authenticity is a difficult thing to measure in American roots music. It’s not in the hat you wear, or the twang in your voice. It’s in how well you understand that the music comes from the land, and that its roots run deep.
Amber Cross understands this, and she makes music as beholden to the landscapes of northern and pacific California, where she lives and travels, as to the visually-rich songwriting she crafts around it.
If there’s a rawness to Cross’ voice, a plainness to the words, it comes from the fact that Cross knows the roots of this music aren’t fancy.

They’re built by hand and filled with honest words and hard-won truths.
Upon first hearing Amber Cross you might think you are listening to an archival Smithsonian recording.She's a singer and songwriter who writes from her own life’s struggles and experiences, delivering her stories with unforgettable power and emotion.