New Direction: Paul Reid to lead the HSE with a new policy and programme 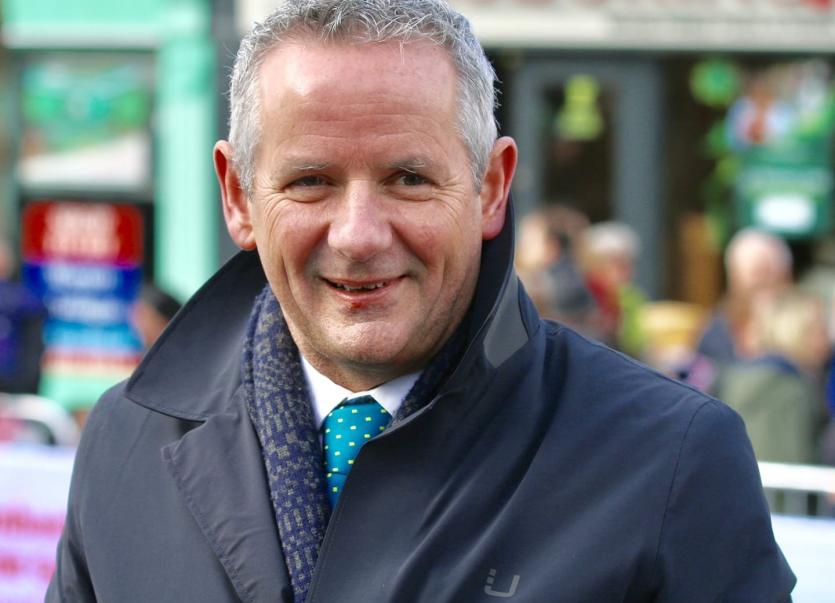 Paul Reid who resides at Shannon Lodge, Carrick-on-Shannon has been appointed to the role of Director General of the Health Service Executive.

The high profile appointment was announced by the Taoiseach Leo Varadkar and Health Minister Simon Harris last week.
The CEO of Fingal County Council since 2014, he was appointed following an open competition by the Public Appointment Service.

An Taoiseach said “Paul Reid takes up this post at a critical time of change and reform in our health services. For the first time in a long time, we have the resources, we have the plan and we have the people to move forward.
“During his time at the helm in Fingal County Council and before that in Eircom and the Department of Public Expenditure and Reform, Paul developed a strong reputation as a dynamic and ambitious leader, who was always up for a challenge, drove restructuring, controlled costs, delivered results and managed industrial relations well,” he concluded.

Minister Harris said: "The appointment of Paul Reid comes at an exciting time for the health service with a clear policy direction as outlined by Sláintecare, record investment and a major capital programme. We now have the key building blocks for a health service that the public deserve as he brings his extensive skillset to this role. He has proven himself to be a leader in public service and has a track record of reform.”
Paul Reid will serve a tenure of five years and is expected to begin his position on May 14.

Following his appointment, Mr Reid stated: "I am truly honoured and excited to be soon taking up the role as Director General of the Health Service Executive.
"There is no doubt this will be a huge challenge as we will have to manage and strengthen the current service delivery mechanisms, whilst at the same time leading the transformation to a new model of integrated care as set out under Sláintecare. The primary focus throughout my term will be the experiences of the patients and all who engage with us."
Chairman of the HSE Ciaran Devane added: "Paul was selected from a field of extremely experienced and capable candidates. Paul's experience in both the private and public sector equips him well for taking on one of the most challenging roles in the country.

"In previous roles he has demonstrated a passion for achieving high standards and values in delivering public services and for supporting and developing staff in order to achieve this. The incoming Board of the HSE and I look forward to working with Paul and his team to continually improve the health services in Ireland."
He previously worked in the Department of Public Expenditure and Reform, as well as Eircom and Trócaire.
In his new job as Director General of the HSE, he will head up an organisation with over 100,000 staff and a six billion euro budget.
The post has been vacant since Tony O'Brien left the position last summer.
The role as Director General of the HSE is a big responsibility and following much controversy related to the running of the HSE in recent years, Paul Reid is expected to become a household name shortly.