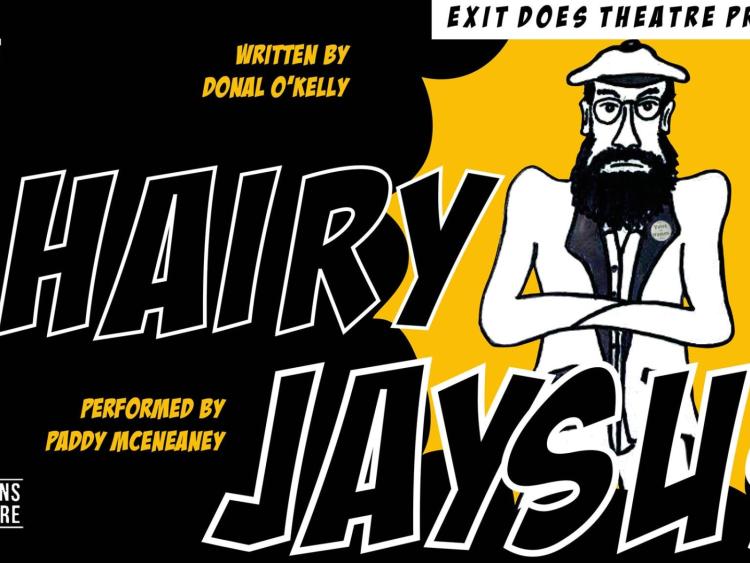 Manorhamilton's Donal O'Kelly is back with a new theatre piece based on an Irish historic event.

Hairy Jaysus is a biopic based on the events that led to the execution of Frank Sheehy Skeffington on Easter week 1916.
Sheehy-Skeffington was a pacifist, feminist, socialist and atheist who was murdered after being wrongly identified as a one of the rising leaders while trying to stop looting during the Dublin rebellion during Easter week in1916.

O’Kelly's poignant drama will be performed by Exit Does Theatres’ artistic director Paddy McEneaney in collaboration with practitioners Paul McDonnell (design technician) and Dee Armstrong (sound design) and is produced in association with The Glens Centre, Manorhamilton.

Also read: The self-made man: Donal O'Kelly brings it all back home