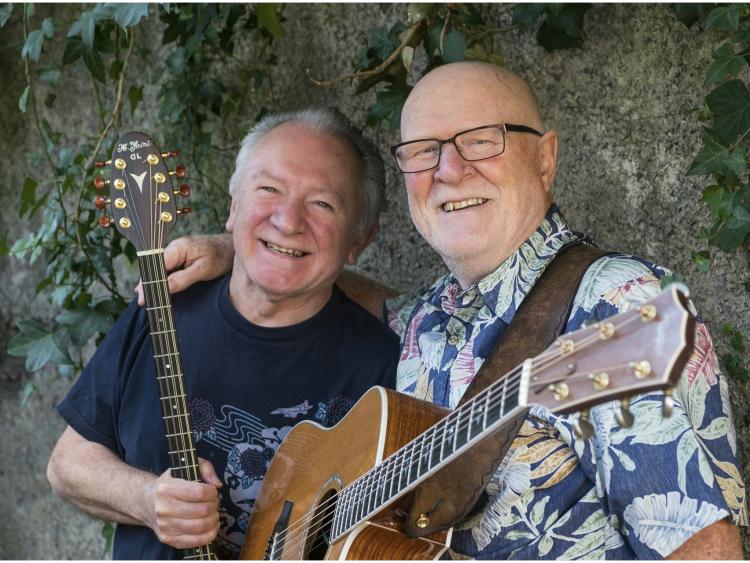 Musicians Hanly and Lunney come together to delight fans in The Dock on Saturday, April 20

The musical paths of Mick Hanly and Donal Lunny have been intersecting since 1974 when Lunny produced Celtic Folkweave for the duo of Mick and Mícheál O’Domhnaill who were known as Monroe.

He also produced Mick’s next two solo albums for the Mulligan label. In 1983 their paths crossed again when Mick took Christy Moore’s place in Moving Hearts.
When Mick returned to solo work, Lunny again took the reins for the Album All I Remember, which spawned Mick’s major American hit, Past the Point of Rescue, for singer Hal Ketchum.
Donal Lunny must be one of the busiest musicians on the planet.

His consummate skills as a player and arranger are in constant demand, and he has been at the coalface of most of the interesting developments in Irish traditional music in the last forty years. From Planxty, The Bothy Band, Moving Hearts, Coolfin, Mozaik, etc his contribution to the work of countless musicians both internationally and at home, including Kate Bush, Baaba Maal, Mark Knopfler, Clannad and more is outstanding.

It was inevitable that two stalwarts of the Irish music scene, whose careers have intertwined many times over the last 45 years would sooner or later emerge in the guise of a musical duo. The combination of songwriter Mick Hanly and multi-instrumentalist and composer Donal Lunny is a marriage made in musical heaven.
Following on from three successful Irish tours, they again take to the road this month and play The Dock this Saturday, April 20.

Also see: Easter Fun for all the family at The Dock