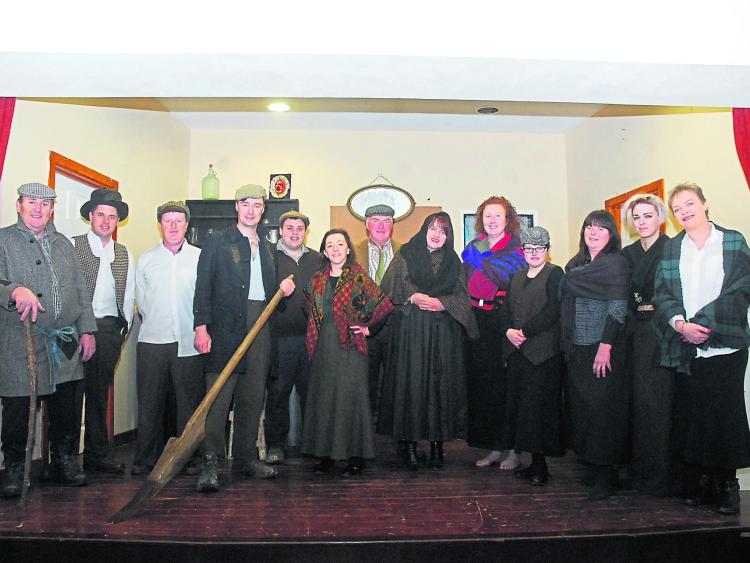 The three-act play written by  John Millington Synge is set in Michael James Flaherty's public house in Mayo during the early 1900s. It tells the story of Christy Mahon, a young man running away from his farm, claiming he killed his father.

The play is best known for its use of the poetic, evocative language of Hiberno-English, heavily influenced by the Irish language, as Synge celebrates the lyrical speech of the Irish. However with a strange turn of events it appears that Christy's father, Mahon, who was only wounded, tracks him to the sheebeen.

When the locals realize that Christy's father is alive, everyone, shuns him. To regain Pegeen's love and the respect of the town, Christy attacks his father a second time. This time it seems that Old Mahon really is dead, but instead of praising Christy, the townspeople, led by Pegeen, bind and prepare to hang him to avoid being implicated as accessories to his crime. But Mahon has survived again.

Director Olivia McHugh said “It is a great privilege to bring this production of The Playboy of the Western World to fruition on stage in Eslin.
“While the language is poetic and at times difficult to interpret our cast has brought it fully to life.
“We have had great fun during the long nights and days of rehearsals.

“ Thanks to the cast, crew and all their families for their support in the past few months. We hope you enjoy the production and we wish continued success to all drama groups who bring entertainment to our communities.”
A great night is guaranteed in Eslin on April 24, 25, 26, and 27 at 8.30pm. Doors open at 7.15pm - get there early!