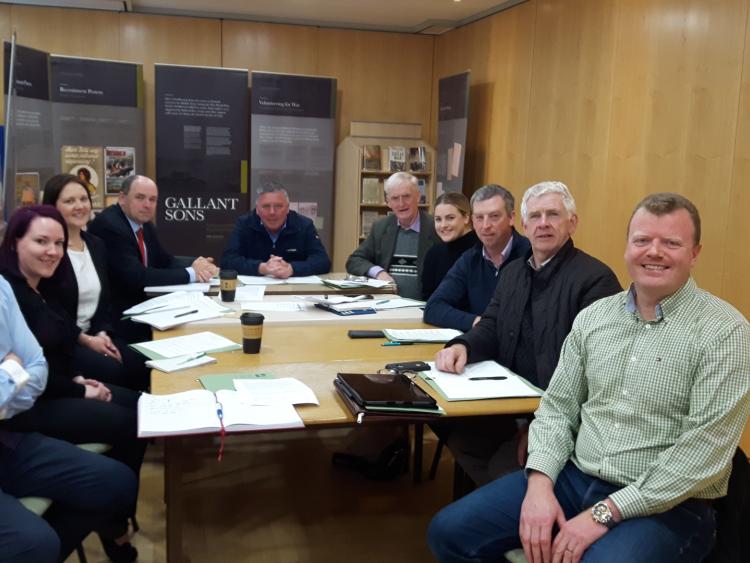 “Any pang of regret was wiped out when I met the canvassers at my door,” laughed John McCartin this week as he finishes out over ten years as a councillor on Leitrim County Council.

McCartin attended his final meeting of Ballinamore Municipal District on Monday, April 29 and paid tribute to his supporters, his colleagues and all the “good people” he worked with during his tenure.
The Fine Gael man’s decision to back out this year means there will definitely be a new face on the Ballinamore circuit after the local elections.
His final meeting in Ballinamore as a councillor was met with glowing tributes from his colleagues.

Cathaoirleach of the Ballinamore district Caillian Ellis wished the Newtowngore businessman all the best for the future and thanked him for his hard work and help. He called him a “true gentleman.”
The council executive also noted McCartin’s hard work and praised his professionalism.
John said his time on the council had been “positive” and was truly thankful for all the help and encouragement he received from his colleagues and the council staff down through the years.
“It was a pleasure to be here,” he said.

John McCartin attended his final Ballinamore meeting in a jovial mood, he put forward no motions and left the business talk to his colleagues who nervously laughed when Cllr Ellis asked “Will any of us be here for the next meeting in July?!”
McCartin said he is happy with his decision to back down and make more time for his family, he said he has “sympathy” for those out on the canvas.

The election posters are up, the candidate nominations are flowing in and your doorbell is getting good use - there is no backing down now as we enter full throttle election mode ahead of voting on May 24.
Even Council engineer Darragh O'Boyle commented that council outdoor staff are working hard to finish roads and projects ahead of the local election.