Are Leitrim’s 35-54-year-olds Most Concerned with the Weighing Scales? 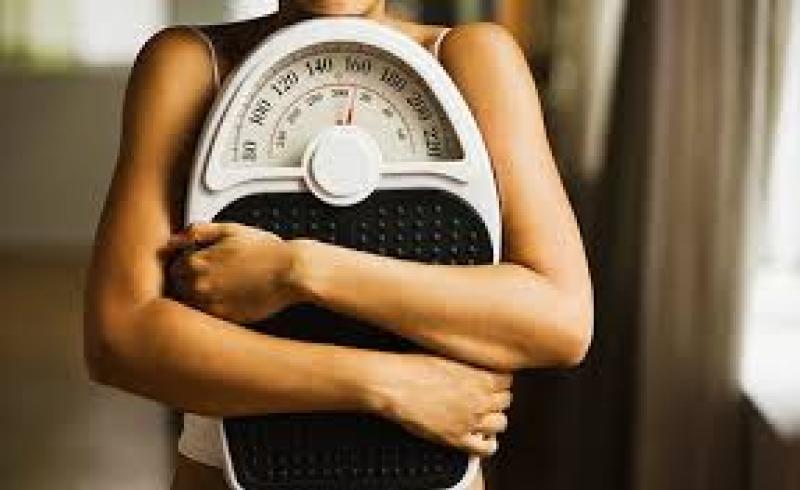 More women than men weigh themselves each month

Age is an influencing factor when it comes to how often people weight themselves in Ireland. This is one of the findings of a survey commissioned by Royal London which revealed that 21% of 18 – 34 years in the country are likely to dismiss the weighing scales in favour of judging weight by how they feel, just half (11%) of those age 35 – 54 are of the same opinion – with less still (9%) of the older generation (over 55s) likely to adopt this viewpoint.

How often do you weigh yourself?

Following a recent CSO report which highlighted that 62% of the Irish population is now either overweight or obese1, Royal London has released findings from a new survey which show that 4 in 10 Irish adults weigh themselves at least once a month. The protection specialist commissioned IReach to conduct a nationwide survey of 1,000 people, which found that more women (45%) than men (39%) jump on the scales each month.

Speaking about the findings, Tadhg Malone of Royal London in Leitrim said,  “The weighing scales can mean different things to different people. It can strike fear in some, while others use it as motivation, and some people simply don’t pay any attention to it at all.

"Weighing oneself every day, or every few days, could suggest people might put too great a focus on and may lead to an unhealthy relationship between the figure someone sees on the scales and how they perceive themselves.

Other findings from the Royal London survey include:

Mr. Malone went on to say, “We all have different perspectives when it comes to measuring our weight. The body confidence movement taking hold across the world is teaching us that everyone can and should be proud of their body and nobody should be judged by themselves, or others. On the other hand, however, this country is facing an obesity epidemic which is set to negatively impact our children’s futures unless we improve our diet, levels of physical activity and overall approach to health and wellbeing.

So, it’s not surprising that, given the different and sometimes mixed messages out there, people are reacting to weight awareness in different ways”.

In 2017, the CSO determined that 62% of people in Ireland could be classified as overweight or obese - a rise of 2% since 20151. Additionally, The Irish Heart Foundation has described childhood obesity as a major threat to the health of the current generation of children and young people2. This is backed up by a Health Service Executive (HSE) report which highlights that Ireland could have one of the highest rates of obesity in Europe by 20303.

“This research paints an unpleasant picture of the current state of Ireland’s obesity epidemic, particularly amongst young people. As the HSE advises, the current health of Ireland’s children gives a good indication of what the health of our population will be in the future; so, it’s important to tackle the issue now. That means getting children to eat better, reduce screen time and exercise more.

The Department of Health’s National Obesity Policy and Action Plan, ‘A Healthy Weight for Ireland 2016-2025’4, identifies that 6 in 10 adults in Ireland are overweight or obese. This is a very worrying statistic as we now know that people who are categorised as being obese are at a significantly higher risk of suffering from many chronic diseases like heart disease, certain cancers, type 2 diabetes and respiratory problems.

The long-term ramifications of this trend are obvious. A reduction in people’s overall quality of life and productivity will put an enormous strain on the health system, supporting social systems and economy as a whole. A 2017 study by Safefood5 suggested that the total lifetime cost of overweight and obese adults in Ireland is around €4.6 billion.”

Obesity and its impact on life assurance

Royal London advise that life cover is different from most insurance products because it is priced based on a number of key criteria which carefully consider the insured individual’s lifestyle.

“Life cover is one of the few insurance products that is based specifically on a person’s state of health. This usually means the healthier you are, the lower the cost of your cover. A person’s medical history and lifestyle always comes into play when underwriting life assurance, as the cost of cover is based not only on the sum assured and the length of the policy, but also on the individual’s age, state of health and certain lifestyle factors. So, for example, if you smoke, drink a lot of alcohol or are classed as obese, your premiums are likely to be higher to reflect the increased risks in insuring someone that has a greater chance of medical issues and a shortened life expectancy associated with smoking, liver damage and obesity.”

Life companies follow a matrix compiled by reinsurers which give ratings for specific lifestyle factors which are analysed to determine pricing.

“However, it’s important to note that if someone is, say, ten pounds over their ‘ideal’ weight, the cost of their life cover should not be affected.”

Notes to the Editor:

Royal London in Ireland has a history of protecting our policyholders and their families for over 190 years, and we’re committed to continue to do so for a long time to come! Today we are owned by The Royal London Mutual Insurance Society Limited – the largest financial life, pensions and investments mutual in the UK, with over 3,893 people, providing around 8.8 million policies and more than €126.5 billion in Group funds under management. (Figures as at December 2018). Royal London’s Irish office is based at 47-49 St Stephen’s Green, Dublin 2.