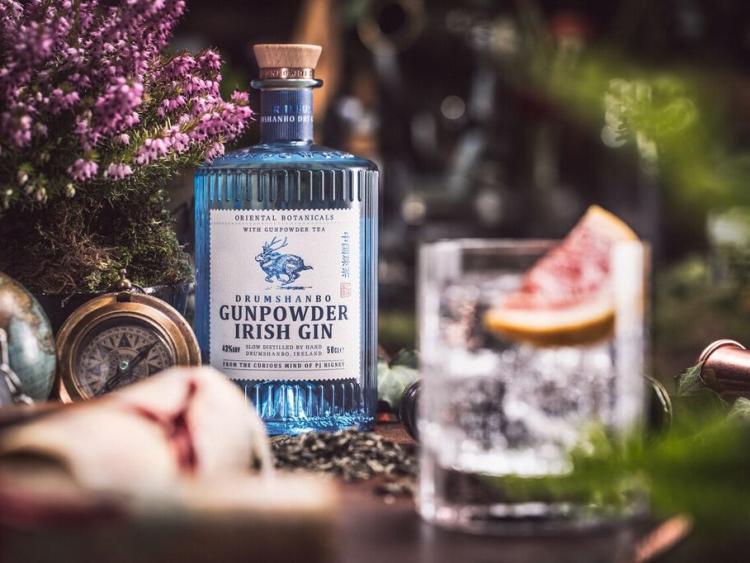 Kodaline’s Vinny May has revealed that he never leaves Ireland without a bottle of Drumshanbo Gunpowder Irish Gin in his suitcase.

The drummer with the international music sensations divulged that it’s the band’s favourite tipple at the after-show celebrations following their two sell-out Dublin gigs at the weekend.

“We always drink Gunpowder when we’re on the road.  We only drink the good stuff.  It’s like having a piece of home with us.”

Kodaline even posted an Instagram video of Vinny proudly showing off his mixology skills before Saturday’s show as he made the perfect Gunpowder Gin & Tonic.

He garnished his creation with a huge wedge of pink grapefruit and, with a knowing grin to camera, opted for slimline tonic with a joking pat on his tum.

Vinny is a huge fan of the iconic Irish gin & even had a special Drumshanbo Gunpowder Irish Gin bar at his wedding ceremony in Lough Rynn Castle in Leitrim last year.

Hot on the success of their third album release, the chart-topping Dublin group will be heading off to begin the European leg of their 2019-2020 world tour this week.

With 2 million albums already sold and video streaming-figures hitting more than 200 million, Kodaline is fast-becoming one of Ireland’s most successful international bands.

“Thankfully you can find Drumshanbo Gunpowder Irish Gin in most countries, but we always pick up a bottle or two in Dublin Airport Duty Free just to be sure!”