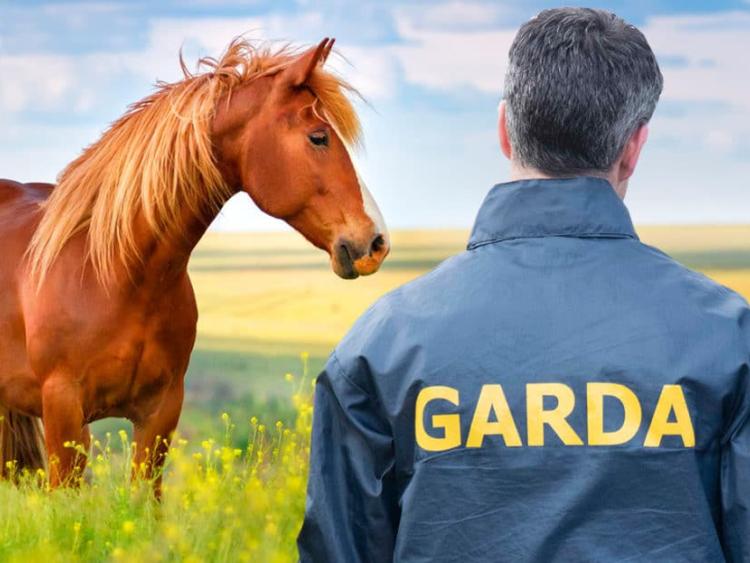 A farm in Leitrim was subject to a raid by the Garda National Bureau of Criminal investigation in connection with a suspected horsemeat fraud last week.

Superintendent Garda Kevin English said the raid was carried out by the National Criminal Bureau in the county and local gardai were available to provide assistance if needed.
He understood it was an “evidence gathering” procedure.

The farm in Leitrim was one of seven sites raided along with premises in Sligo, Roscommon, Westmeath and Kilkenny early on Thursday morning, June 6 by Gardai along with officials from the department of Agriculture and the Food Safety Authority of Ireland.

The investigation relates to offences of deception relating to alleged fraudulent practices regarding tampering of identification passports and microchips of horses presented for slaughter.
While horse meat is not widely consumed in Ireland there is a larger international market that Irish meat is exported to.
Gardaí believe some horses that should have been slaughtered at the end of their lives, which were not fit for human consumption, have effectively been smuggled into the food chain.
Sources stressed that some people or businesses at the centre of the searches may have been victims of the fraudsters rather than being engaged in any crime.

Just over 12 months ago a batch of microchips was seized en route to Ireland from China. They were from Eastern European horses that had died years earlier.
Gardaí and the Department of Agriculture believe the chips were about to be presented to abattoirs in an attempt to pass off some horses as being fit to enter the food chain which were not.
Horses receiving certain medicines during their lifetime, for example, would not be fit for use as food, but a new chip could allow such a horse to bypass the rules and be accepted.

More than two dozen chips were found entering the State last March, alerting the authorities to the suspected abuses of the system now under investigation.
There were no arrests made during the raids last week but much evidence was gathered such as paperwork, electronic records and details of communication between suspects in the case for the continuing investigation.

Also read: Leitrim's Stumpy on his way to India to become a royal