Leitrim road closures announced for the Sligo Rally in July 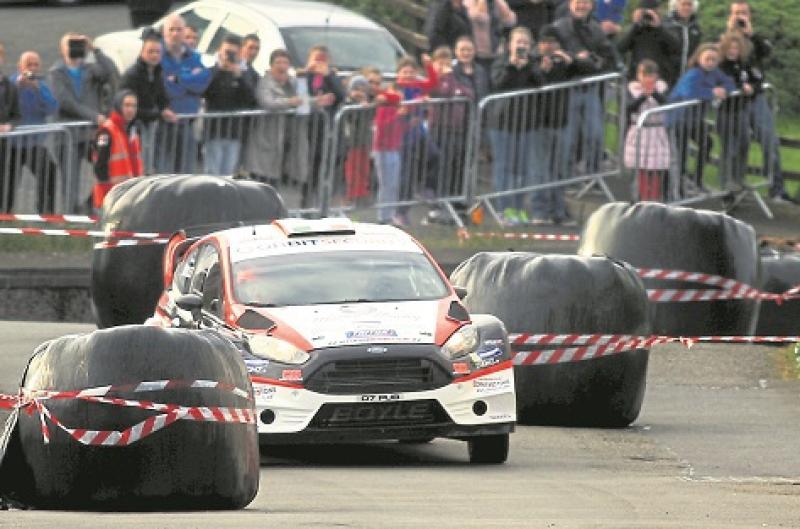 Declan and Brian Boyle, winners of the Cavan Stages Rally.

Leitrim County Council have released a number of road closures  from 9am - 7pm on sunday, July 14 to facilitate the Sligo Rally.

Location B
Commencing at the junction of the L2217 and the L2206 at Moneenshinagh, via L22061, via L4220, via L4221 in
Meenemore Townland until the junction with the R280 at Tannyhoosy
The alternative routes are via the National Primary N16 via Manorhamilton and R280.

It is important to note that any/all emergency services wishing to enter a stage(road closed section)
must do so via the STAGE START where radio communication is available – this is the only way in
which the stage access can be safely managed so please follow this procedure in the event of any
emergency.

Any person aggrieved by the proposed decision to close the roads described may lodge an objection with the
Director of Services, Economic Development, Planning and Transportation Leitrim County Council,
Aras an Chontae, Carrick.on.Shannon, Co. Leitrim, before 4 pm on Thursday June 27.