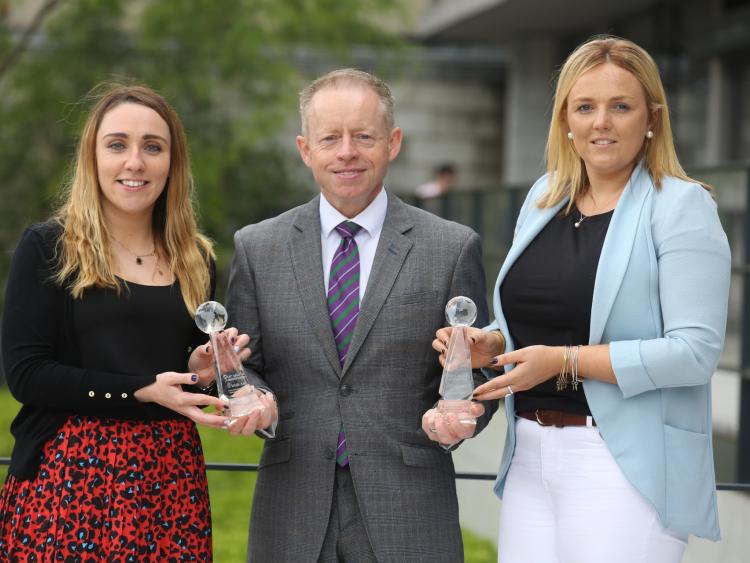 Mairead McHugh from Drumsna who is a teacher in St Michael's Special School Castlerea has been named Joint Teacher of the Year along with her colleague Fiona Feeley.

Minister for the Diaspora Ciarán Cannon presented the teachers with their awards on Tuesday, June 11 in Dublin Castle.
The award is in recognition of the energy and creativity that both teachers have invested in taking part in the Our World Irish Aid Awards and the quality of their class group’s submission.

The school’s project, which is entitled Interactive, Multi-sensory Book that Leaves No One Behind is the culmination of many months of work on the part of the teachers and their pupils, all of whom started working on the project last September in anticipation of the 2019 Our World Irish Aid Awards.

As soon as the group return from the National Final in Dublin, they will take their project on tour to a number of other schools in Castlerea.

Congratulating Fiona Feeley and Mairead McHugh, Minister for the Diaspora and International Development, Ciarán Cannon, TD, said that the judges had a particularly challenging task this year due to the extremely high standard of entry across the board.

“The judges felt that Fiona and Mairead’s class group submitted a beautifully presented multi-sensory book comparing aspects of life for young people in Ireland and Vietnam, one of Irish Aid’s eight key partner countries. They were clear that the book will help pupils in other schools to learn about creating a better world of sustainability, equality and justice and said it was a credit to the teachers and their students alike.

“This is not something that happens by accident and I would, therefore, like to applaud Fiona Feeley and Mairead McHugh for all of the time and energy they invested not just in their Awards entry, but also in raising awareness of Irish Aid’s partner countries and the UN Global Goals for Sustainable Development, inside and outside the classroom.”