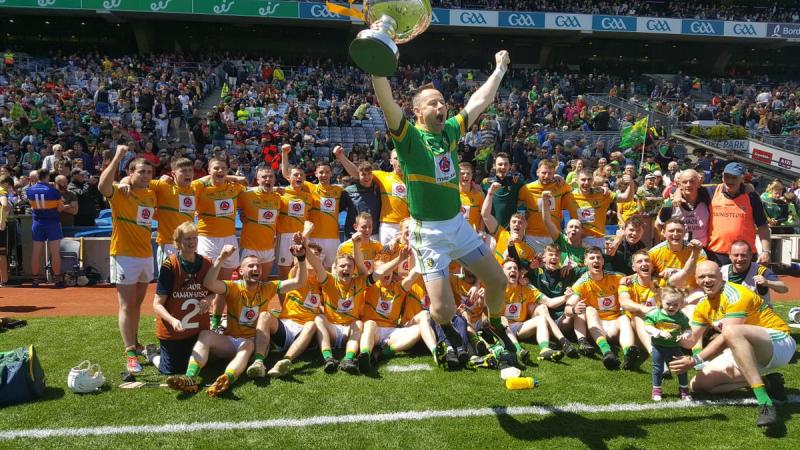 Following their dramatic victory over Lancashire the Leitrim hurlers are currently making their way down the N4 to Carrick-on-Shannon where they and the Lory Meagher Cup will be paraded in front of supporters at half time in this evening's All-Ireland football qualifier between Leitrim and Clare in Avantcard Pairc Sean MacDiarmada.

There has been a huge reaction online to the victory with Leitrim natives and supporters from other counties quick to congratulate the Leitrim heroes.

Lifting the Lory Meagher Cup - what a sight to behold !!

Not a huge crowd here but it clearly means so much to Leitrim to win a trophy in Croke Park. One the GAA's better ideas to let them play there.

"WOW! Am I dreaming or am I awake! Finally, we've got up the steps of the Hogan!" declares captain Declan Molloy. pic.twitter.com/ldpyAvyA2x

"It's taken us a long time to get here...so we're going to relax for a second now"

Captain Declan Molloy and the whole of @LeitrimGAA are going to soak this one in pic.twitter.com/IVF1us2R2r