Submissions on fracking in Fermanagh closes this Friday

Love Leitrim calls on everyone to put in a submission 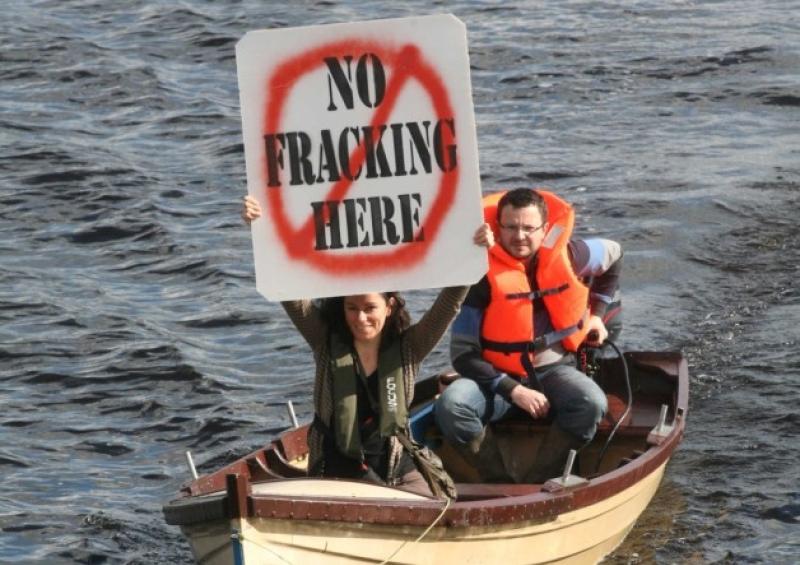 Love Leitrim are calling on members of the public, political parties, and community and voluntary groups to make submissions to a public consultation on possible fracking in Co. Fermanagh.

The deadline for submissions is this Friday, July 5. Fracking has been banned in the Republic of Ireland since 2017 and there is a large volume of peer reviewed scientific, environmental and public health studies that chart the many negative impacts fracking has including air and water pollution and damage to agriculture and tourism industries.

The most recent of these studies is the Concerned Health Professionals of New York who in their latest compendium have collated over 1500 reports. If granted and the terms adhered to the license will be valid for up to 30 years.

Love Leitrim Chairperson Jamie Murphy said,  "Unfortunately despite our ban which was won after a long community campaign, fracking is very much back on the agenda in the north west. The negative consequences of fracking including air and water pollution, release of methane, and other public health risks will not recognise any border.

"If fracking is to take place in Fermangh it may as well be taking place in Sligo, Leitrim, or Cavan. It is vital that as many people as possible make a submission outlining their opposition. It is very important that at a time of a climate emergency and considering our own fracking ban that the Irish government, local authorities, and all political parties voice their strong opposition to this, and in particular Minister for Climate Action Richard Bruton. The lack of visible opposition from the government parties to this point is worrying."

People can make a submission directly my emailing minerals@economy-ni.gov.uk using the reference PLA2/16 or by using the online submission at https://www.foe.ie/ takeaction/no-fracking- fermanagh/ which only takes a few seconds to complete.

Also read: Anger as fracking is one again rearing its ugly head in Co Fermanagh