Judge Kilrane: “This type of behaviour is going to be dealt with harshly” 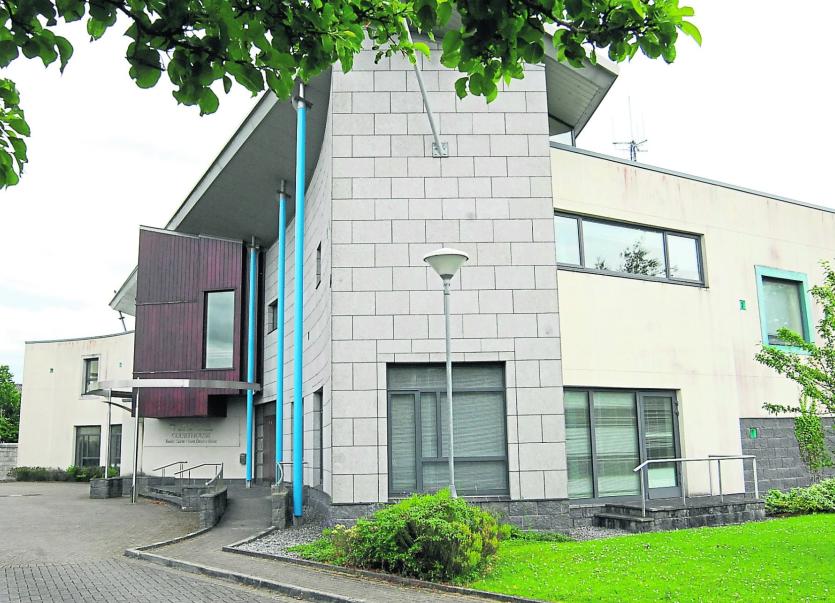 “This is a very dangerous man capable of inflicting serious injury and worse,” said Judge Kevin P Kilrane prior to sentencing Dylan Sherlock, 2 Hartley Cross, Lavender Lodge, Carrick-on-Shannon to 10 months in prison in relation to charges of criminal damage and assault.

Outlining the background to the case, Sgt Michael Gallagher said: “The victim is quite literally in fear for her life and I don’t say this lightly.”

Continuing his evidence Sgt Gallagher said in the early hours of June 14 last gardaí responded to call in the Hartley area of Carrick-on-Shannon.

Mr Sherlock was said to have been in possession of a slash hook and had been breaking windows in a family home.

“It took time to find him as he was hiding in fields,” said Sgt Gallagher.

While looking for the defendant gardaí could hear him shouting saying he would teach her a lesson by murdering her sister.

The shouting was said to have continued for an hour.

The defendant was arrested at 4.50am and the victim made a complaint of assault the following day.

Sgt Gallagher told the court the defendant had been socialising and when returning home wanted the car keys. He subsequently kicked the victim in the stomach and hit her and caused damage to a Nissan Qashqai.

Sgt Gallagher then read from a victim impact statement given by the injured party in which she said the defendant is in her head 24/7.

She said she is suffering panic attacks and hasn't left her house except for hospital appointments.

Sgt Gallagher added: “She is in fear of her life. She thought that night he was going to kill her.

“She is completely broken from the mental and physical abuse. She wants nothing further to do with him.”

The court heard Mr Sherlock has previous convictions for criminal damage, no insurance, burglary, production of an article in the course of a dispute, unauthorised taking of an mpv, and assault.

Defending solicitor Mr Henry said he was aware of the background to the case saying: “Unfortunately it is not a happy one.”

Referring to the night in question, Mr Henry said: “He (defendant) tells me it was prior to his 21st birthday. He went out with his partner and they went out drinking in Carrick-on-Shannon primarily.”

Mr Henry said the defendant was drinking gin and whiskey and also took five Upjohn 90 tablets adding: “He has no recollection of the events at Hartley Cross. He was out of his mind on drink and pharmaceutical drugs.”

Detailing the defendant's background, Mr Henry said he is from Ennis originally with his father moving the family of nine boys and four girls to Carrick-on-Shannon “because there were difficulties.”

At this point Judge Kilrane interjected to say: “Now there are difficulties in Carrick-on-Shannon.”

Finalising matters Judge Kilrane said: “A message must be sent out that this type of behaviour is going to be dealt with harshly with consecutive sentences.”

Judge Kilrane stressed that “alcohol is not a defence” and sentenced the defendant as follows:

In relation to a charge of section two assault Judge Kilrane imposed a conviction and sentenced Mr Sherlock to five months in prison, to run consecutive to the other sentences.