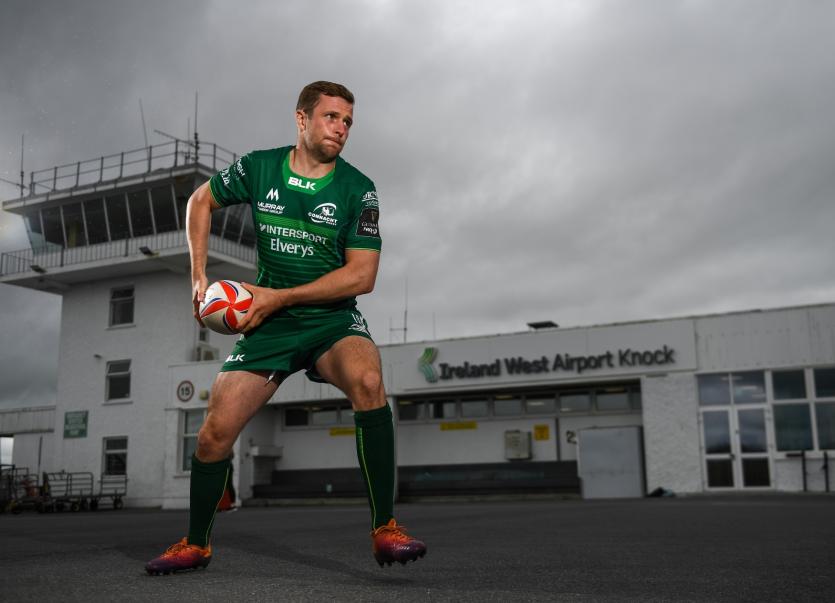 Jack, a Roscommon native, currently plays for Connacht Rugby in the Pro14, having come through the team's academy. He is Connacht's record points scorer in the Pro14, having overtaken Ian Keatley in March 2019. Carty has represented Ireland at various under-age levels internationally. He was named in the Ireland under-20s team and represented them at the 2012 IRB Junior World Championship. Most recently he won the 2019 Zurich Players' Player of the Year Award.

Carty was named in the senior Irish squad for the opening rounds of the 2019 Six Nations and made his debut on 24 February 2019, when he came on as a replacement in the 26–16 win against Italy in the Stadio Olimpico in Rome. An accomplished sportsman, The Connacht man represented Roscommon at minor level as well as lining out for the Republic of Ireland soccer team at underage levels up until he was 15. Already Carty has racked up 119 appearances and over 600 points for Connacht at just 26.

Working with locally produced sports stars is part of a new strategic initiative by the airport aimed at further strengthening the airport’s links with the community.  As the West and North West of Irelands main international airport the support from across the region for the airport has been significant over the past number of years, helping it to grow to an expected record high of 800,000 passengers in 2019, and this partnership is the latest in a number of community initiatives to be rolled out across the region in the coming months.

As part of the new partnership Jack will work closely with the airport on the development of new campaigns.

Commenting on today’s announcement, Donal Healy, Head of Marketing, Ireland West Airport said: "We are delighted to announce a new partnership with Jack Carty. Jack has come through the ranks of the academy in Connacht Rugby and is now first choice outhalf and won his first senior cap for Ireland earlier this year.  As an airport for the people of the region, it’s one of our core values to ‘support local’ and being a proud Connacht man, born and bred, Jack epitomises this. We are very appreciative for the ongoing support we get from the people in the Connacht region and for us this partnership with Jack is a perfect fit for the airport. We look forward to working with Jack on a number of exciting new campaigns in the coming months supporting local initiatives in the community and hopefully we will have the opportunity to cheer him on in the Rugby World Cup in Japan next September."

Commenting on the new partnership, Jack Carty said: "I’m delighted to team up with Ireland West Airport. As a local person from Roscommon one of my favourite career memories to date was on that famous night in 2016 when we arrived back into our local airport after being crowned PRO12 champions to a reception of over 5,000 people.  It was an amazing night and one we will cherish for a long time to come. For me personally, there are so many positive synergies with what the airport is aiming to achieve in the local community and this partnership just makes so much sense. I can’t wait to get stuck in and am really excited to showcase some of the brilliant things we’re working on in the coming months."

Commenting on the new partnership, Trevor Twamley, from Sport Endorse said: "We are delighted to assist Ireland West Airport in partnering suitable sports people as part of this strategic initiative and in Jack they have selected an elite high performance sports person with a bright future ahead, just like the airport itself.”