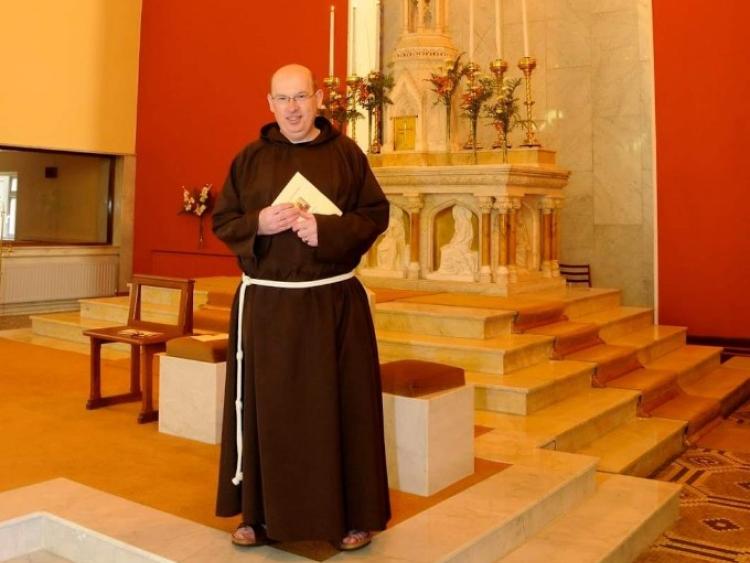 At their triennial Provincial Chapter held in Emmaus Retreat Centre, Swords from July 8-12, Br Seán Kelly from Ballinamore, formally of Drumkeerin, was elected by his confreres to lead the Irish Capuchin Franciscans for the next three years.

Br Seán will also have responsibility for the Irish Capuchin missions in South Korea, South Africa, and Zambia.

Br Seán was educated in Ballinamore by the Mercy Sisters, Mr. Gerry Mahon in the Boy’s National School, and in St. Felims College under the Principal Fr. Thomas Keogan.

Following his secondary school education he worked in Atlantic Mills, Clondra, Co. Longford for 17 years and in Masonite Ireland, Drumsna for 5 years before joining the Irish Capuchin Franciscans in 2002. Br Seán completed his third level studies in All Hallows College in Dublin and was ordained a priest for the Capuchin Order in Ballinamore on December 6, 2009.

As a Capuchin Friar Br Seán has worked in Belfast, as curate in Priorswood Parish in Dublin, Postulant and Novice Director for the Order, and most recently as Provincial Vicar and Guardian in Kilkenny.

Br Seán attributes his vocation to the witness of faith in the home from his late parents John and Rose Anne Kelly and the unconditional love and support of his family, neighbours and friends. Seán’s brother Thomas, sister Phil Earley, brother in law Seamus and nephew and niece, David and Sinead are extremely proud of Seán and are looking forward to him officiating at his nephew David’s wedding to Grainne Ring in August.

Br Seán says he is very humbled and honoured by the trust and belief the friars have shown in electing him as their Provincial Minister.
“I know full well my own weaknesses, limitations, faults and sins. Some of them you even know better than myself. I am no saint. But God in his mercy has chosen me despite my limitations. Like Matthew the tax collector, I feel God’s call is his way of showing mercy to me, and assuring me of his grace.”

Regarding the lack of vocations to religious life and the ageing of communities Br Seán stated in his closing address to the Friars; “I am aware as all of  you are of the declining number of vocations coming to us, we are not getting younger but the experience of our years and ministries gives us hope. I have hope, hope that is routed in our way of life, hope that the witness of our lives as brothers will inspire many men to say yes to the call of God to our order. God has a plan for us and we must remain open to his unfolding plan in our lives, our communities and our province.  Like St Francis and in the words of Pope Francis for world day of prayer for vocations ‘we must take risks’. We move forward in the vision of our chapter theme and recommendations to rebuild my house. We do this in affirming all that has been in the past, appreciating all that we have in the present, and looking forward in hope to the unfolding plan of God in our lives and the life of our province.”

Br Seán is delighted that a fellow Leitrim man namely Br.Philip Baxter from Mohill  is also elected to the Capuchin Leadership teamalong with Br’s Richard Hendrick, Sean Donohue, and Bryan Shortall. Br Seán expresses his heartfelt gratitude to all who have sent messages of congratulations and prayers to him, his family and confreres and he will keep you all in his prayers also.

Also read: Leitrim families are struggling with the lack of respite services in the county