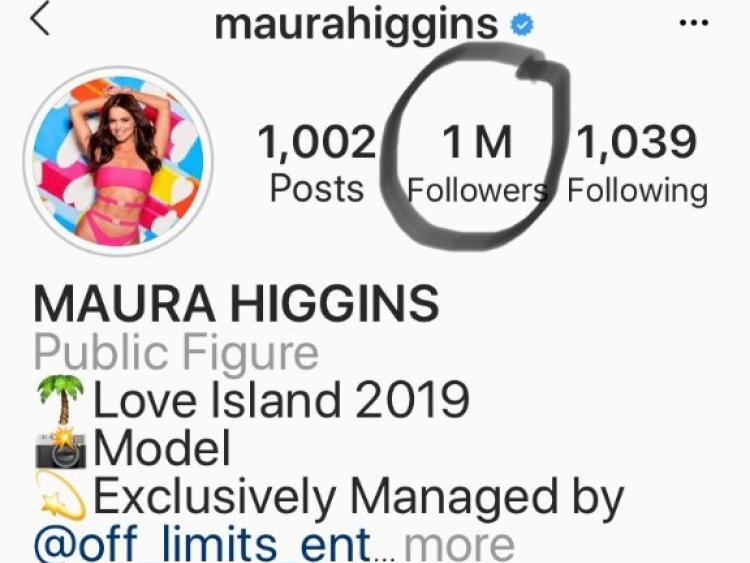 Ballymahon model and Love Island favourite, Maura Higgins, has been causing a stir both inside and outside the island.

Since hitting the TV screens on episode one of the ITV2 programme Maura has become an instant hit, partially down to her straight-talking nature and unusual turn of phrase, such as ‘fanny flutters’, which even got a noteworthy mention on the Sean O’Rourke show on RTÉ radio one.

Maura’s ways have also led to her developing quite the celebrity cult following, with none other than Taoiseach Leo Varadkar, admitting he was a fan. He now joins a long list of celeb fans, including American comedian, Amy Schumer, and Lena Dunham of US TV show Girls, who tweeted that she was on team Maura.

“I have to say I really like her...I only watch snippets but personally I like her.” Taoiseach Leo Varadkar admitted.

Although currently on the island, Maura’s popularity has translated into a new culmination of followers on her social media channels. Just last night, July 15, Maura hit the magic one million follower mark on Instagram - not bad for a girl from Ballymahon, eh?