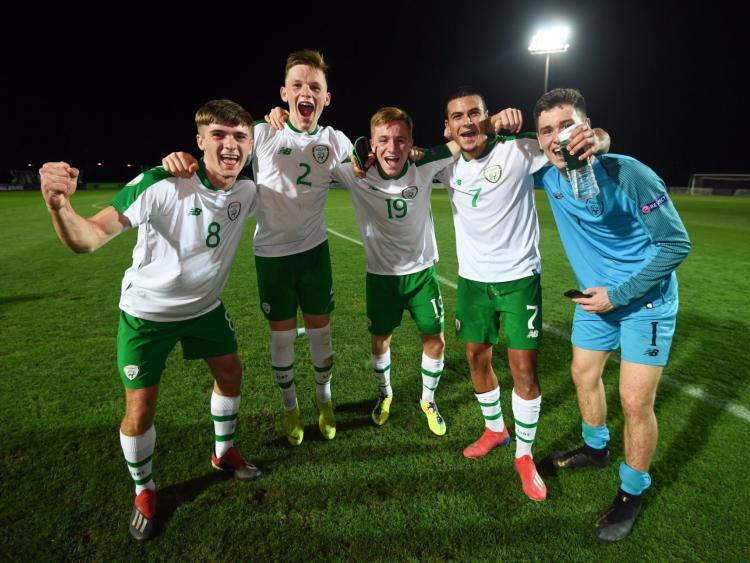 Leitrim's Niall Morahan and his Ireland team mates are this morning planning for their European U19 Championship semi-final following yesterday's dramatic victory over Czech Republic.

Going into the game the permutations meant a victory for Ireland along with France avoiding defeat against Norway would be enough to secure a semi-final spot for the boys in green.

Ireland had drawn their opening game against Norway before suffering a narrow 1-0 defeat at the hands of France.

Ireland took the lead when Jonathan Afolabi broke the deadlock 10 minutes before the interval before the Czechs struck for an equaliser with 10 minutes remaining to set up a tense finale.

Jonathan Afolabi gives Ireland a 1-0 lead against the Czech Republic as they chase a place in the Euro U19 semi-finals https://t.co/G9OtcGyz62 pic.twitter.com/gbm3je1NU9

However, Ireland's response was immediate as Barry Coffey found the Czech goal a minute later.

Ireland will now play Portugal with a place in the European Championship final the prize for the winner. The game will be played in the Armenia city of Yerevan and will be broadcast live on RTE 2 from 3pm on Wednesday.

Republic of Ireland manager Tom Mohan is "full of pride" after watching his team win to make the last four at the U19 European Championships. #U19EURO pic.twitter.com/vNmV8BmHEO