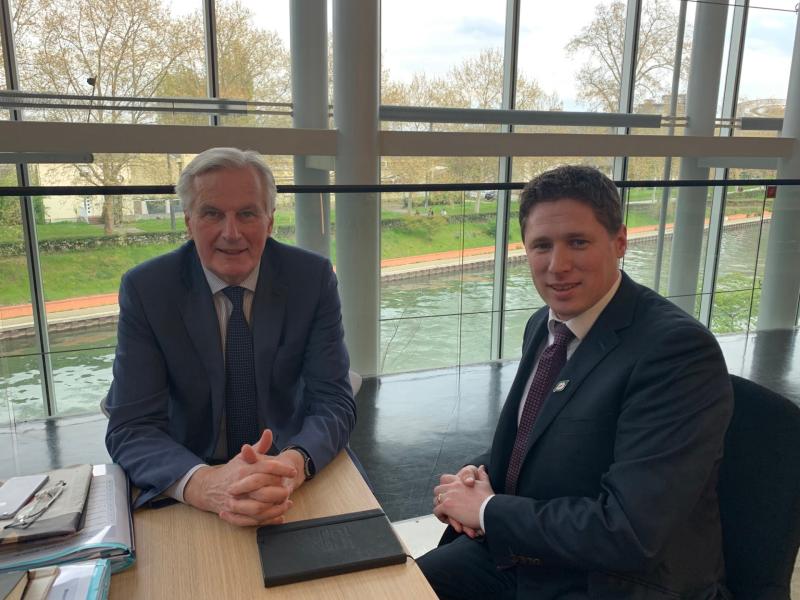 The Sinn Féin MEP for the Midlands North West, Matt Carthy has said that Irish political voices needed to be united and resolved in the face of challenges that will present in the Brexit process over the coming weeks and months. Carthy was speaking on the eve of the likely election of Boris Johnson as British Prime Minister.

He said that there must be no equivocation from the Irish government or EU negotiators in respect of the backstop and any attempt to alter it must be rebuked forcefully and immediately.

Matt Carthy said: “There is no such thing as a good Brexit from an Irish point of view.  The backstop is the least worst option in terms of protecting our economy and the political & social progress that we have seen since the Good Friday Agreement.  Regardless of who occupies 10 Downing St, Ireland’s position must be clear and unchanging.  Any hardening of the border in Ireland would be disastrous for all of our country but primarily to those who live in the border region, north and south.  The backstop is the only proposition on the table to minimise the damage that Brexit presents and Irish political voices must be united and resolved in defence of it.

“With the prospect of the elevation of Boris Johnson to British Prime Minister it is inevitable that there will be demands from that quarter for a renegotiation of the withdrawal agreement.  The Taoiseach needs to be unequivocal and clear in stating that there will be no scenario in which the Irish government will consent to any attempt to dilute the backstop.

“For our part, we in Sinn Féin will continue to support the government in holding the line and building support for this position at EU level.  Since the European elections both Martina Anderson and I have continued to meet with MEPs and European officials to set out the challenges that Brexit presents, the need to protect the peace process and the rationale for unique arrangements to apply in order to uphold the Good Friday Agreement.  These meetings have included engagements with Michel Barnier and will continue throughout the months ahead.

“Now, more than ever, we need a united Irish position that is backed up with our undivided resolve in the face of the challenges that are coming.”