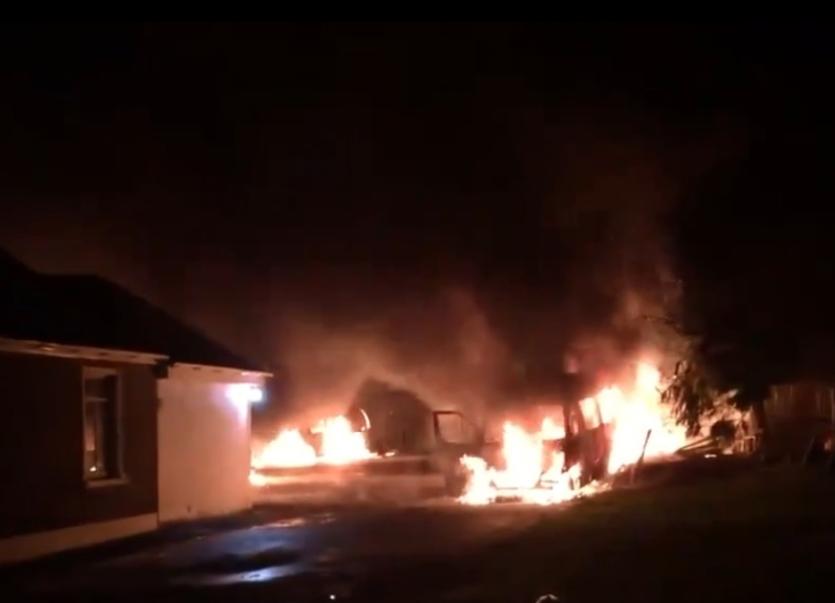 The Strokestown family was subjected to forced eviction

KBC bank's application for a High Court injunction requiring the family at the centre of the Co Roscommon eviction controversy to leave their home will be heard in October.

The Judge dismissed an application brought on behalf of David McGann to have separate proceedings he has brought consolidated and heard at the same time as KBC's application for an injunction.

In those proceedings, David McGann seeks to challenge the validity of the execution of the possession order obtained by KBC that was granted by the Roscommon County Registrar.

He also seeks orders, including one preventing any party from taking possession of or interfering with the property.

Ms Justice Reynolds said she was not making an order to consolidate the actions, on grounds including that the cases involved different parties, and raised different issues.

Having the two cases heard at the same time would also add to the legal costs, the judge added. The judge listed KBC's injunction application for hearing on October 10th next.

The McGann family were evicted from the farm last December on foot of a repossession order KBC obtained in respect of the property several years ago.

The eviction, gained national media attention after private security operatives were forced from the property by a group of masked men.

Gardai subsequently launched an investigation after security personnel were attacked, several of whom required medical treatment, several vehicles were burnt and a dog had to be put down due to injuries it sustained.

The McGanns, who were not involved in those incidents, subsequently returned to the property which was the subject of a loan agreement between KBC and the farm's registered owner Mr Michael Anthony McGann.

Mr McGann fell into arrears on repayments and owed the bank some €431,000.

Counsel said KBC obtained a possession order in respect of the property in 2012, which was not appealed.

The last repayment on the loan to KBC was made by the borrower in February 2014.

In 2018 the order for repossession of the property was executed at Roscommon Circuit Court.