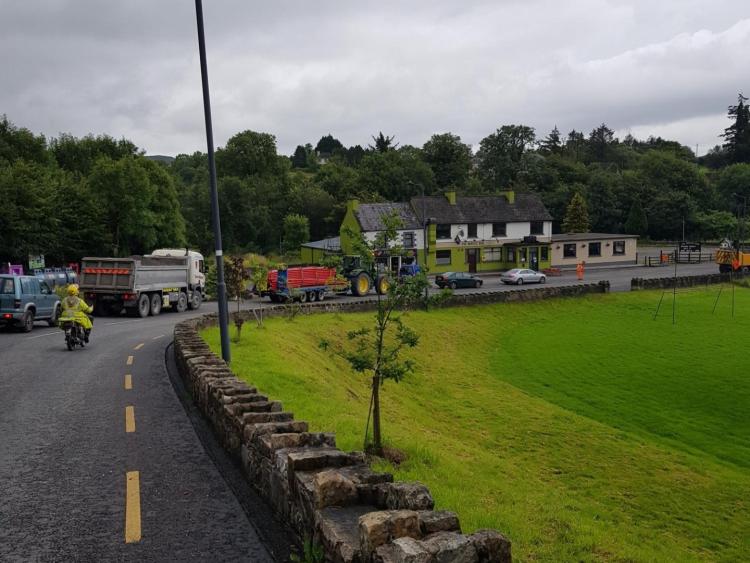 Yesterday, August 21 the main access road to the village over the bridge was closed for a time and then was subject to a stop/ go system. Locals say they were not informed about these works and are concerned about the works.

Bertrand Dierckens from The Miner's Bar in Arigna said his business and the shop were affected. He said "the road was raised on the bridge to allow lorries to transport new windmills to Derrysallagh Windfarm on Kilronan mountain. "Mr Dierckens said this has been a "long saga" going on over five years with this windfarm and the local playing field has been out of action for the past two years in relation to works.

The owner of the company has agreed to meet locals this evening to discuss concerns and work out a plan for erecting the new windmills.