Lovely Leitrim a paradise for cyclists 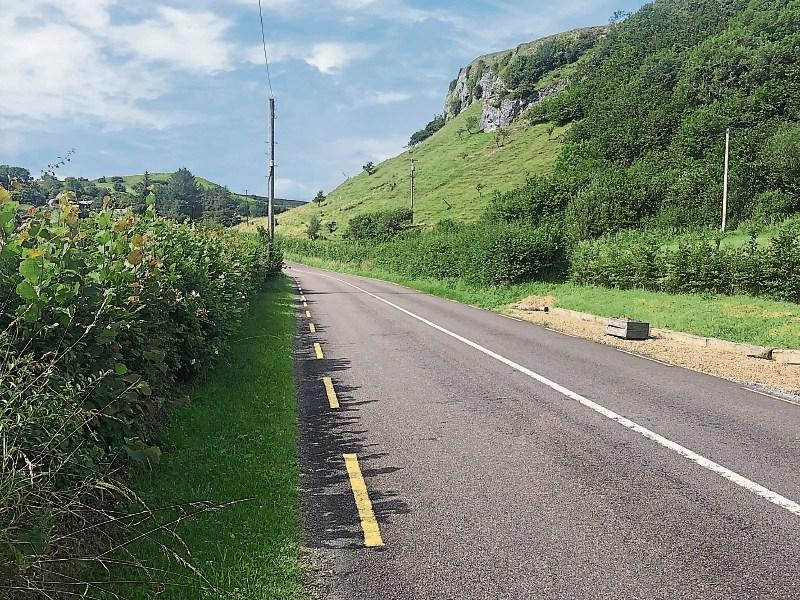 Last weekend, and for a few days afterwards, I was on holidays in Leitrim — specifically the north of that county, about three kilometres from Manorhamilton.

When arrived at the holiday home I noticed that we were on a tiny boreen that didn’t appear to have a cul de sac sign at the entrance to it.

So, invariably, my exploring senses were alerted and as soon as we had settled in, I pulled on some lycra and headed off up the track.

Now, by boreen, I mean a road that is just about wide enough for a car to pass, and with a foot and a half width of grass down the middle.

The road climbed for about a kilometre, but not too steeply, and I found myself looking out over a lush green valley.

I carried on for about 15km, stopping occasionally to check my phone to see where the various other boreens that it met at junctions would lead me.

I eventually arrived in Dromahair and took a combination of main roads back to the house.

When I say ‘main roads’, I mean roads that don’t have grass down the middle.

That’s Leitrim for ya.

A few things I noticed on that first spin — there were little signs at the start of climbs, telling you how long it is, the average gradient percentage and the altitude at the top.

And just like the French, who have similar signs, it’s a way of telling the cyclist that they are welcome to Leitrim. I couldn’t but be impressed. There were also lots of cycling routes and sign posts, and even local shops had cycling logos on them, welcoming people on bicycles.

There are many people who will have given consideration to Leitrim and concluded that it is terribly quiet and overgrown, possibly a little boring.

And then there are more clever people who will conclude that all of the above makes it a cyclists’ paradise, and that Leitrim would benefit hugely from marketing itself as such.

With its quiet roads, constantly rolling hills and very pleasant scenery, it is everything a cyclist who likes to explore would want.

Well, on a long descent into Dromahair (from the other side of the mountain as the first night) a car passed me and I realised it was the first time I’d seen a car in more than 20 minutes.

That’s not the say the roads are in bad shape — in fact they’re in quite good nick.

The piece of Leitrim that I explored was quite obviously shaped by the same glacier that glanced by Benbulbin in nearby Sligo.

It’s pockmarked with numerous lakes, big and small, and with gradual ascents and descents.

Reading up on it, I learned that this area is known as the Northern Glens and encompasses parts of Fermanagh, Cavan, Donegal and Sligo.

Another nice thing about that area is that within a 50km radius of Manorhamilton is Sligo, Belcoo, Enniskillen, Bundoran, Carrick on Shannon, Ballinamore, Carrigallen and numerous other small towns and villages and the wonderful tiny boreens between them.

We visited Glencar Waterfall and the Marble Arch Caves, both of which are only accessible by travelling through stunningly beautiful parts of the country.

Naturally, I was out on the bike all four of the days we were there, and thoroughly enjoyed each one. The only downside was having to come home.

There is one thing I will add — it’s probably more suited to the cyclist who loves exploring new roads and the scenery in between, rather than those who like to train hard on long straight roads.

To other news: This is my last column before the CP2CP (Croke Park to Croagh Patrick cycle) which is this coming Saturday.

Since I decided to train for it, I’ve done 1,270 kms, which is an average of 141kms a week, some of which was on long spins; some on the mountain bike. Some was out with my fellow CP2CP people that involved some hill repeats and some flat out racing, so that even a reasonably short 35km spin could be a useful addition to getting myself into shape.

I’ve also lost 5.1kg which is never a bad idea, and I’ve noticed the difference on the bike.

I’ve mentioned before here that I used the Noom app to do this, and it has worked out well.

It’s an intelligent weight loss programme, and I’m glad I found it.

It’s my long term aim to lose 23kg, and it assuming all goes well I should achieve that by next May.

In the middle of it all, I also had to get the chain stay on my bike repaired.

It was done by Keith Hoey of Carbontec who did such a good just that you can’t even feel it, let alone see where he replaced a piece of the tubing.

It’s working fine now and I’m delighted with it, and happy to recommend him.

So right now, I’m finish training for it. I’m as fit as I’ve ever been for an event, and fitter than I’ve been for some! I’ll try to ride the bike a little on Wednesday or Thursday of this week, only 20km or 30km, just to turn the wheels.

And I’ll be eating an awful lot of good stuff from now until Friday night.

After that, we’ll just hope for good weather on the day!