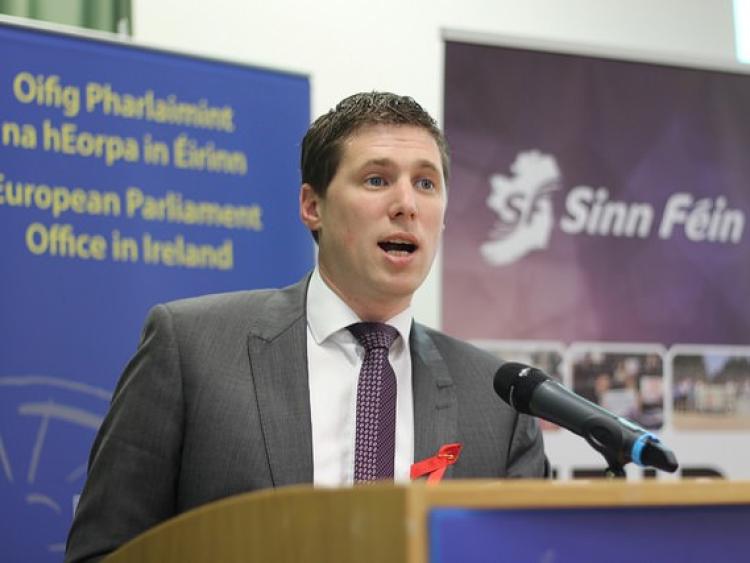 Sinn Féin MEP Matt Carthy has said that if the British government’s approach to Brexit remains unchanged, a United Ireland may be the only way to minimise the political and economic devastation a crash out, no deal threatens to cause to Ireland.

The Midlands North West MEP was speaking at a commemoration for Civil War Leader Liam Lynch in the Knockmealdown Mountains at the weekend.

Carthy urged Taoiseach Leo Varadkar and Fianna Fáil Leader Mícheál Martin to  face up to their political responsibilities by accepting the inevitability of a referendum on a United Ireland and to begin planning how to move forward, while ensuring the maximum amount of stability and cohesion on the island.

Carthy said: “For too long our government and some political parties, particularly Fianna Fáil, have dismissed calls to engage in a process of planning for reunification. The real prospect now of a no-deal Brexit will expose that stance as nothing short of reckless irresponsibility.

“It is past time that the likes of Leo Varadkar and Mícheál Martin faced up to their political responsibilities. It’s time they joined the rest of us in facing up to the inevitability of a referendum on a United Ireland and began planning how to move forward, while ensuring the maximum amount of stability and cohesion on the island.

“So, let me say very clearly here today - a United Ireland is a legitimate, eminently sensible political objective. It is fully in line with the Good Friday Agreement which explicitly provides for a referendum in the issue.

“If the stated direction of the British government remains unchanged it may be the only way that we can minimise the political and economic devastation which Brexit threatens to cause on our island.”