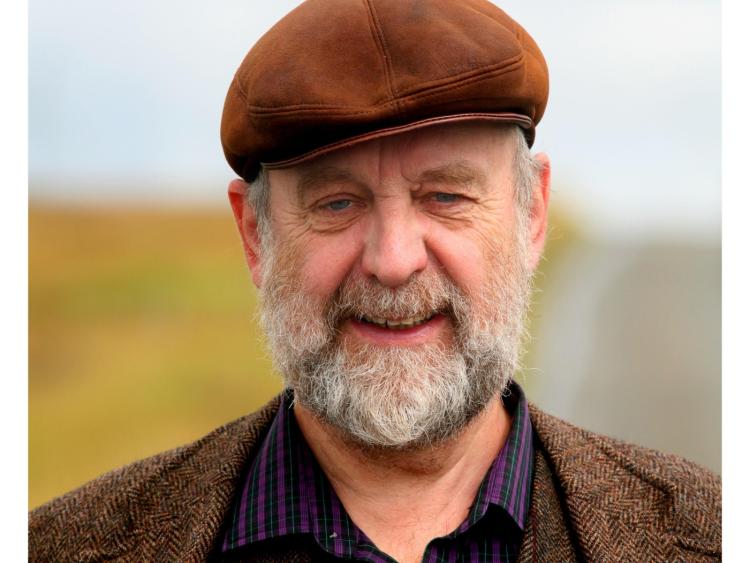 Writing A Home in the World: The Iron Mountain Literature Festival returns to The Dock on October 5 and 6.

Two of Ireland’s best-loved and popular authors, Marian Keyes and Michael Harding, are special guests at this year’s festival in The Dock, Carrick-on Shannon where they will read from their work and discuss writing, social media, literary and popular fiction and their lives as writers.

The festival will also feature Professor Luke Gibbons who will give the inaugural John McGahern Memorial Lecture on aspects of McGahern’s writing in At Home in the World: John McGahern, the Local and the Global exploring the way in which his work balances a fidelity to the local with an openness to the stranger, the newcomer, the outsider.
Celebrated actor Adrian Dunbar will give a reading from McGahern’s work and discuss his career in theatre, film and television.

A remarkable live performance inspired by Offaly writer Ian Maleney’s acclaimed book of essays Minor Monuments will mix words, film, sound and smell to explore memory (and the loss of memory), belonging and the meaning of home.
Writers Alice Lyons and Una Mannion, both of whom have novels forthcoming in 2020 and 2021 respectively, will read from and talk about their work and will be joined by Rhona Trench, all three of which teach at the newly formed Yeats Academy of Arts, Design and Architecture at IT Sligo.

Alice and Una will also lead writing workshops on Saturday morning. Finally on Sunday afternoon there will be a series of readings with music in Rynn’s Pub, Ballingleara in conjunction with the Ballinaglera Traditional Music Festival, at the foot of Sliabh an Iarainn featuring Mary McPartlan, Adrian Dunbar, Néillidh Mulligan, Mohammad Saif-Khan, Edwina Guckian and Vincent Woods.

The winner of the 2019 John McGahern Literary Award will be announced as part of the festival.
The Iron Mountain Literature Festival was established in 2016 and has been described by American writer Annie Proulx as “one of the most interesting and varied literary festivals I have seen... every minute filled with memorable and engaging people - a genuinely remarkable literary experience.”
Over the past three years the Iron Mountain Literature Festival has established itself as a landmark gathering of strong and original voices in literature, music, architecture, ecology and history. Rooted in the landscape of John McGahern’s home place and the beautiful borderlands near Sliabh an Iarainn, the festival celebrates some of the best and most original of local and international writing in fiction, poetry and writing of all genres.

Full price tickets for Iron Mountain are €60 and include all readings, discussions, buffet dinner on Saturday evening and transport to and from the Iron Mountain session on Sunday morning.
A limited number of special Early Bird weekend tickets priced at €40 is available until Wednesday, September 18 or until sold out.
All workshops on Saturday morning must be booked separately. Workshop tickets are €10 each.
For further information go to ironmountainfestival.ie