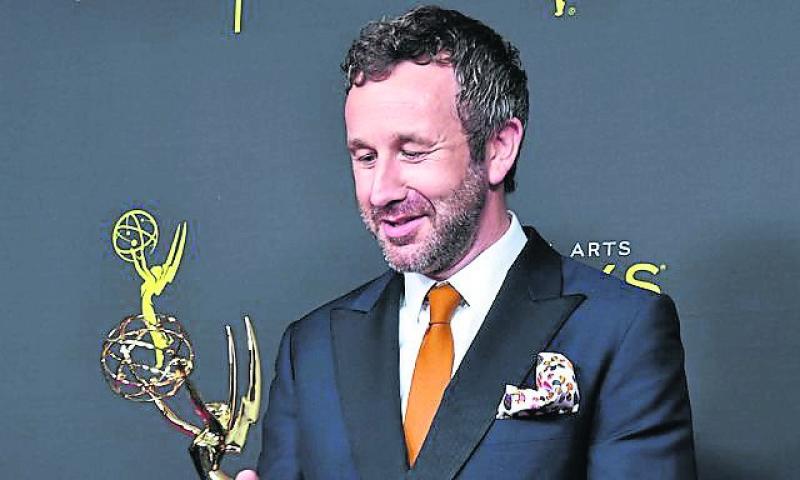 Chris O'Dowd has won an Emmy for actor in a short-form comedy or drama at last night's Creative Arts Emmys.
Chris won the award for his role in 'State of the Union'. His co-star Rosamund Pike won for best actress in the same category.

The Sundance TV short ran for ten, 10-minute episodes in May and was initially snubbed for any Emmy nominations.

State of the Union told the story of a couple meeting in a pub before couples counseling — and discussing their troubled marriage — it ran for ten, 10-minute episodes in May. The short aired both on SundanceTV as a week-long 10 pm strip, and also on SundanceTV.com and the SundanceTV app.

However when short-form series 'Better Call Saul Employee Training: Madrigal Electromotive Security' was ruled indelible for competition, as the series didn’t meet the required runtime of two mins for at least six episodes, that opened slots for the next highest-vote getters including 'State of the Union.'

Speaking of the fluke that got his short series nominated, O'Dowd said backstage: “Seems dodgy, the whole thing seems suspect. I kind of missed what happened at the start of all of that, but I’m delighted that it did, it’s a really strong show. I hope people get a chance to see it on Sundance.”

Sending his congratulations Senator Frank Feighan tweeted "Hearty congrats to my good friend.@BigBoyler who has won an Emmy award, an amazing achievement. Always proudly putting Boyle, Roscommon and Ireland on the world stage. What a superb global ambassador for our country."