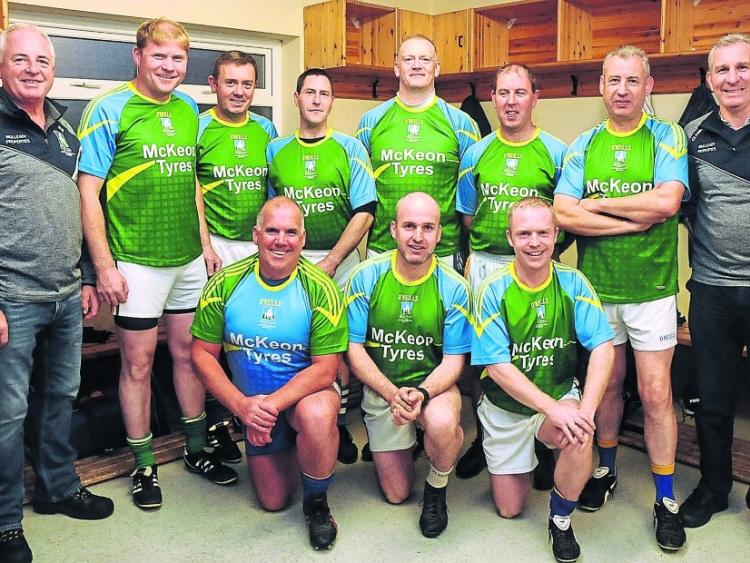 We can't say their best days are behind them for these just might be the most enjoyable days of their footballing lives as the Leitrim Longford Masters aim for All-Ireland glory next Saturday.

The Leitrim Longford Masters take on a star studded Laois team next Saturday at St Faithleach's GAA club in Ballyleague at 1.30 pm, just across the Shannon from Lanesboro in the All-Ireland Shield Final which is the curtain raiser for Dublin v Donegal in the Final.

The Observer travelled to the team's training in Drumlish and while they want to win, the big talk was of how much each and every player was enjoying their football in what was almost a return to the days of their youth.

Seamus Sorohan, joint manager with Longford's Jimmy Breslin, agrees that the social element is huge for the entire Masters scene: “We’ve a great bunch of lads here from Carrigallen, Manorhamilton, Drumreilly, all over, Annaduff. We have the likes of Ray Cox and we have no problem getting support from players.

“Every one of them enjoys it, they are a great bunch of lads. They give it everything then they are on the field, they train hard with their clubs and what more do they want. We’ll have an auld get together every now and again.” 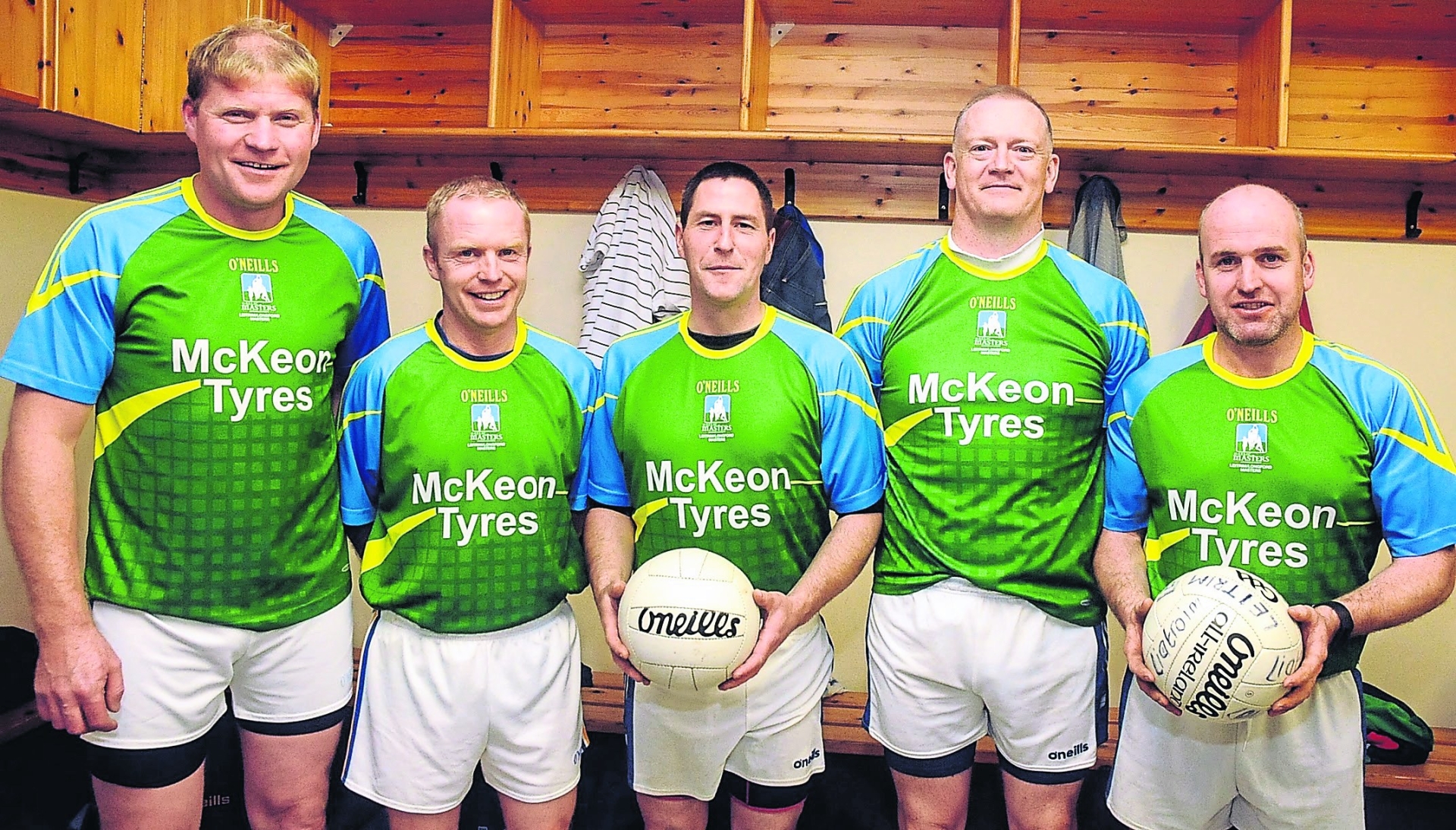 Masters Football in Leitrim has a proud tradition with Leitrim contesting All-Ireland Finals in the past: “I was involved in playing with Leitrim Masters for years, Terry Shortt was the man who kept it going for years. Myself and Pat Flanagan rowed in along with James here and we’ve put in a great couple of years.

“They are more accepted. We had our ups and downs with Croke Park but we’re getting on well with Croke Park at the minute and hopefully, it will keep on going that way.”

The hair may be a bit thinner or greyer but let nobody be in any doubt about the standard of football that will be on display in Ballyleague next Saturday as Seamus points out: “The boys are playing intermediate and Junior and some of them are even on their club’s Senior team. They are a great bunch of lads, we’re delighted to be managing them. We’ll take it from there, enjoy it and hopefully, we will come out the right side of it.”

The rules of Masters football add to the enjoyment with unlimited substitutions so players can come in and out of agame without any great trouble: “They give it all when they’re on the field but hopefully we’ll have lots of subs on the day, run in and out lads and give them a break for 10 or 15 minutes and then they can come back on again.”

As for a verdict, Seamus says “We hope that we win it, it will be great for the boys. We don’t know much about Laois, I believe they will be tough. It is their first year in it but we will take it as it comes and see how it goes. We’ll give it our best shot and we’ll take it from there and hope to do our two counties proud.”

His fellow joint manager Jimmy Breslin is delighted to be contesting the final: “At the beginning of the year, we didn’t expect to find ourselves in this position. We struggled last year but we picked up a few young lads if you like, new recruits who’ve added impetus to the whole thing and we’re really looking forward to this game on Saturday.

“You look at the lads there playing and it is a credit to themselves the shape they keep themselves in for playing, there are lads there 40 years of age and they’d put lots of younger lads to shame, they look after themselves, they’ve played football all their lives and they are committed to playing and enjoying it, that is what it is all about.”

And Jimmy hopes the fans will turn out in support: “We’re right at home if you like so we’re expecting that we would have good support.”

Laois will be tough opposition for Leitrim Longford even if it is their first year. Littered with former county stars like Noel Garvan, Chris Conway, Colm Parkinson, Mick Lawlor, Darren Rooney and Greg Ramsbottom, they have made a big splash in their first year in the competition.

In their very first game, they push reigning All-Ireland champions Dublin to just four points and since then they have come through what looked like tough games with some ease. The midlanders had a comfortable semi-final victory over Galway, winning 1-9 to 0-5 while Leitrim Longford held off a fast finishing Down 1-12 to 1-11 to reach the final.

Laois will start as strong favourites but Leitrim Longford will take a lot of heart from the fact they pushed All-Ireland finalists Donegal very hard earlier in the competition and if they get the likes of Ray Cox on the field next Saturday, they will have an attacking edge that is hard to beat.

Leitrim showed in the All-Ireland Plate Final two years ago against a Kildare team stuffed with former Lilywhite stars that they can upset the odds as they won an extra-time thriller in the Downs and the McManus brothers are potential match winners.

Laois start as strong favourites but if Leitrim Longford can get a strong following at what is basically a home game in Ballyleague, you never know what might happen.