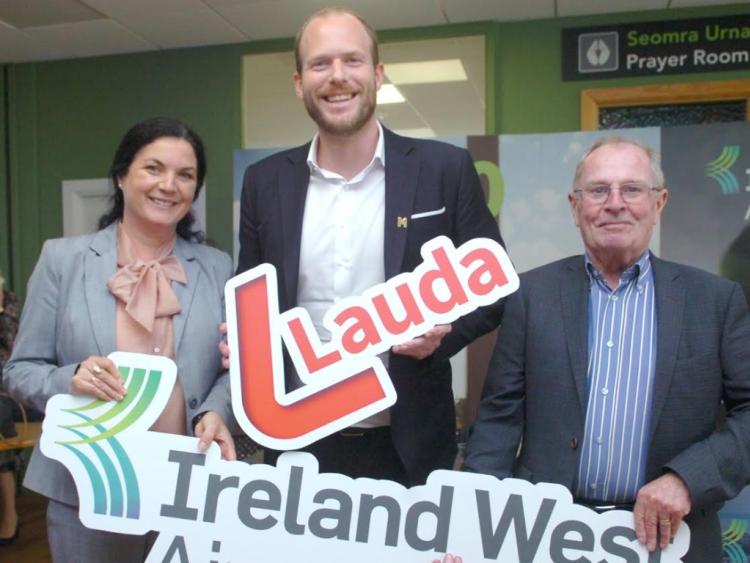 Ireland West Airport are delighted to welcome a brand new airline to the airport as Austrian based airline, Lauda, 100%-owned subsidiary of Ryanair Holdings plc will launch a new service to Palma Majorca from the airport next March - their first ever service from regional Ireland.

The new Majorca service will commence on March 31 2020 and will operate twice weekly on Tuesdays and Fridays throughout the summer period using an Airbus A320, 174 seater jet aircraft.

Lauda is a low-cost carrier based in Vienna in Austria and currently flies to 38 destinations across Europe.

Majorca has been always been a firm favourite and now it will be even easier for holidaymakers in the West of Ireland to get there with twice weekly direct, scheduled low cost flights. It is a superb destination for families, couples and singles alike.

Majorca has a whole host of wonders including electric nightlife and a culture-rich capital, lush countryside and towering mountains, as well as friendly resorts and peaceful coves. Everything’s encircled by gorgeous beaches, too. On top of that, you’ll have a huge range of activities to choose from, including theme parks, waterparks and stunning cycling routes.

Welcoming Lauda to the West of Ireland, Arthur French, Chairman, Ireland West Airport said: “Today represents another major milestone in the airports history as we welcome a new major airline partner to the airport. We are delighted that Lauda have given the airport and the West and North West of Ireland a huge vote of confidence by launching their first ever service from regional Ireland with a new scheduled service to Palma-Majorca in Spain, which we know will be hugely popular with holiday makers in the region. With an extensive route network across Europe including operating bases in Austria, Germany and Spain today’s announcement represents a major development for the airport and the wider region and we encourage the trade and general public in the West to get behind this new service and ensure it’s a success which will provide further opportunities for new services with Lauda in the future."

Speaking at the launch at Ireland West Airport, Andreas Gruber, CEO, Lauda, said: “We are proud to offer our passengers a new non-stop service from Ireland West Airport to Palma (Majorca) and expand our route network in Ireland. In addition to new routes our summer 2020 schedule will see the Lauda fleet grow to 33 aircraft at 4 bases in Vienna, Stuttgart, Dusseldorf and Palma. Lauda has the right offer for all customers at an incomparable price-performance ratio with airline tickets from just €19.99.

Flights to Palma Majorca are now on sale and can be booked by visiting www.laudamotion.com and www.ryanair.com