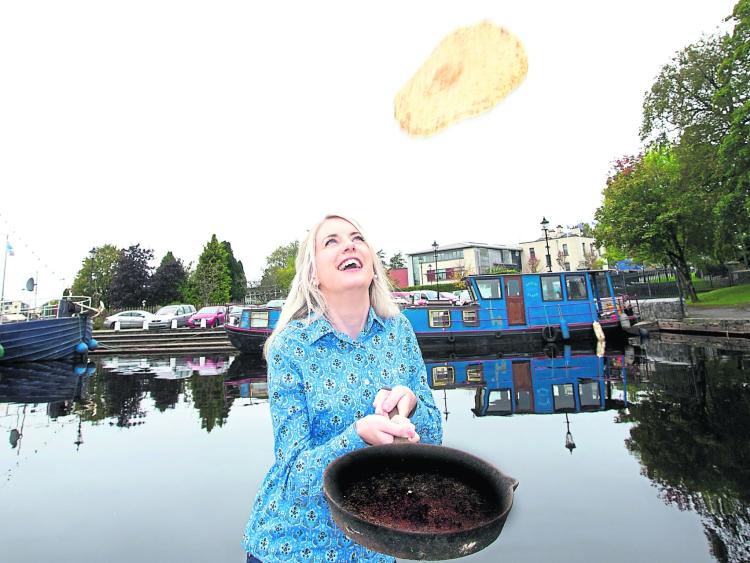 As part of Fáilte Ireland’s Taste the Island - Leitrim will host the inaugural Leitrim Boxty Festival on Saturday, October 19 which includes the search for Leitrim’s Best Boxty Maker.

Boxty has graced the breakfast, lunch and dinner plates for generations of Leitrim families who were reared on this most authentic Irish food. In this corner of north Connaught, recipes have been handed down from generation to generation.
Aged 24 - 80 years, eight brave boxty bakers battled it out last Saturday, September 28 for this prestigious award.

The festival teamed up with Leitrim boxty producers – McNiffes Boxty and Dromod Boxty who were the judges on the day.
There was definitely some nerves in the air in The Food Hub last Saturday as the contestants arrived at their scheduled times throughout the day.

They arrived loaded down with their ingredients including any secret ingredients that they might use.
They all brought their own utensils also - one person brought what they described as “the grater” the only one for the job, while another measured liquids in china cups!

The judges were on their game. Alert and watchful as the Boxty Makers set to work.
They observed and interacted and the boxty stories soon started to flow. The judges will have a tough job to choose the best, such was the high standard.
All will be revealed at an Award Ceremony on festival day, Saturday October 19.

Hosted by MC Tommy Moran, the evening promises to be an entertaining one. Edwina Guckian will perform a Cake Dance on the evening and Tommy with introduce each of our eight contestants. Family and friends are encouraged to reserve their attendance with The Dock, call (071) 9650 828.

Leitrim Boxty Festival will celebrate its heritage dish through music, song, dance and some great fun potato art.
The Dock Arts Centre, Carrick-on-Shannon is the festival HQ. Here you can view an exhibition of Folklore Essays, read the archives, see the paraphernalia relating to boxty making, its customs and traditions.
Meet the Leitrim boxty producers and sample their delicious goods. Hear their food stories and discover what makes the perfect boxty.

Boxty will be available on breakfast, lunch and dinner menus in eateries throughout Carrick on festival day. Join the food trail and discover Boxty Re-imagined in the many cafes and restaurants and enjoy it in most traditional from - just topped with a knob of butter!

Check out this week's Leitrim Observer for loads of photos from the Leitrim's Best Maker competition.

Leitrim is the home of Irish Boxty!

Also read: Two Leitrim families to feature on RTE's Raised by the Village