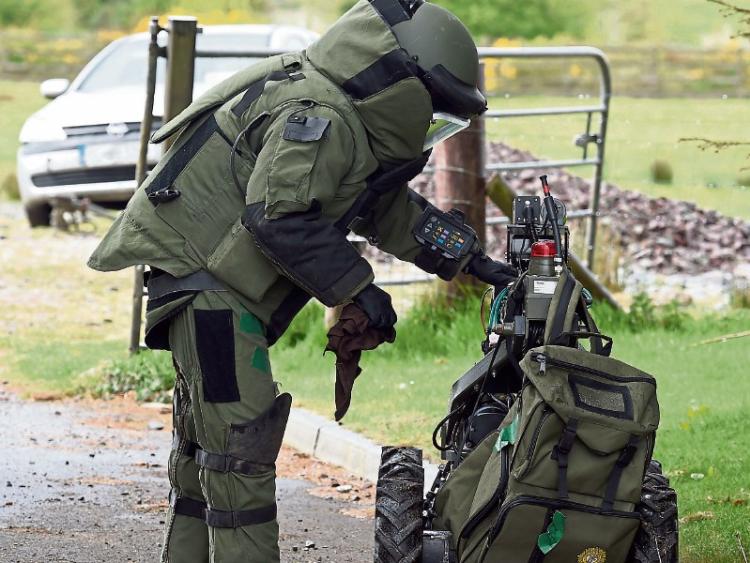 A file photo of the bomb squad at work

Leitrim is one of five counties not to have an Army Bomb Disposal call out this year.

The Defence Forces Explosive Ordnance Disposal team respond to requests for assistance from the Gardai in relation to suspect devices.

The one call out in Cavan was the result of a suspicious device reported in the town last February, which was later discovered to be a battery for a mobility scooter.

Carlow, Monaghan, Sligo and Wexford were the other counties not to have called on the EOD.