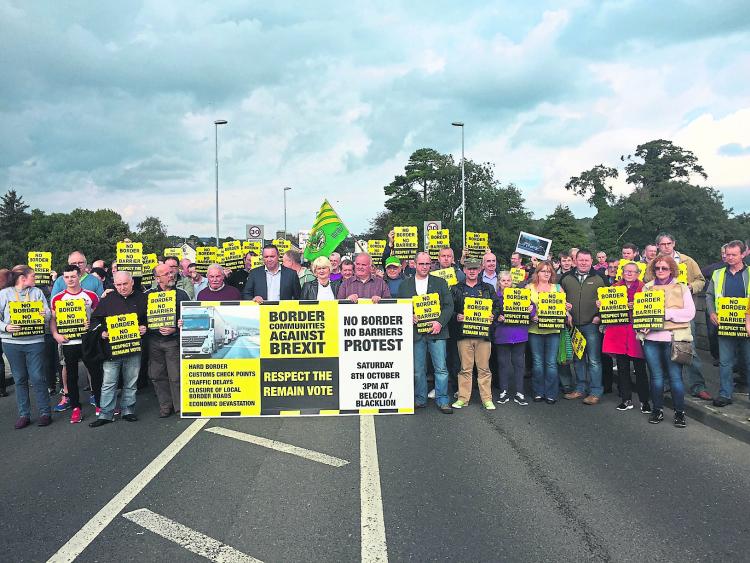 Border Communities Against Brexit have planned major border demonstrations on Wednesday October 16 in advance of a critical EU Council summit - the last such meeting before the British Government says it will leave the European Union, dragging the North of Ireland with it.

BCAB Spokesperson Damien McGenity said: “The most recent Brexit proposals put forward by British Prime Minister Johnson are completely unworkable and unacceptable.As the date for the critical European Council summit meeting on October 17 gets closer, it is clear that the chances of a withdrawal deal are slipping further away.

“Over recent weeks, Border Communities Against Brexit has significantly stepped up its campaign against a no-deal Brexit and any return to a hard border on the island of Ireland. This has included public meetings in border communities, widespread media engagement at home and abroad, meeting EU Ambassadors, engagement with political representatives at local, national and EU level, including presentations in the Oireachtas.

“On Wednesday October 16 at 8pm, in advance of the EU Council meeting, we are seeking to engage the public in a major demonstration of opposition to Brexit and to any return of a hard border in Ireland. We are asking people to come out to their local border road at 8:00pm to show their anger at a No Deal Brexit, and to light a beacon or torch to show our implacable opposition to being dragged out of the EU. We want people to make their own location sign and send pictures and videos to @BCAB4EU with the Hastag #NoBorisBorder and also tag Border Communities Against Brexit on Facebook, lets break the internet.

“Representatives of BCAB will be in Brussels for the EU Council meeting, to lobby and explain our determination to resist the imposition of any border infrastructure. “Already, a number of local councils have agreed to light up their public buildings in yellow in solidarity with the aims of Border Communities Against Brexit.

“Details of various border crossings at which BCAB will be organising major mobilisations will be made available in the coming days.”

Also read: Joe Dolan appointed to the Board of Fáilte Ireland