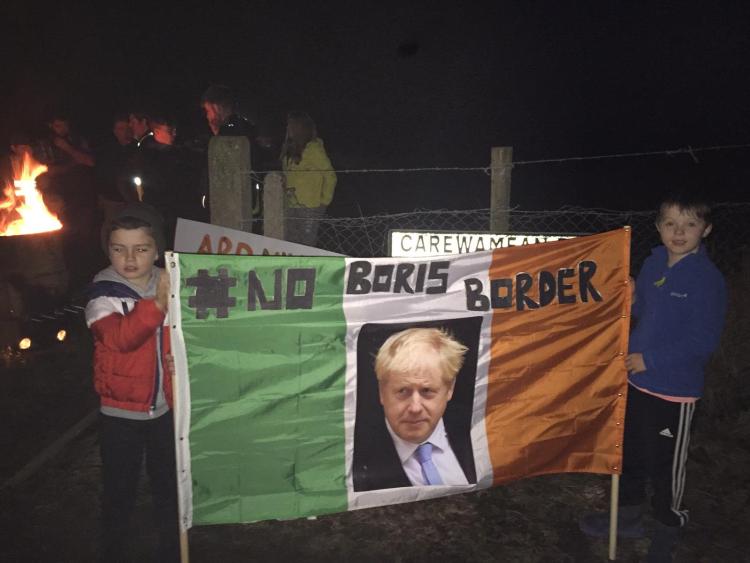 The protests, organised by Border Communities Against Brexit (BCAB) in opposition to any imposition of customs posts or border infrastructure as a result of Brexit, marked the eve of Thursday’s critical European Union Summit.

Hundreds of local people, from both sides of the border, came together along 38 of the 200 different border crossings holding candles, torches and posters.

Speaking on Wednesday evening BCAB Spokesperson Damien McGenity said: “This evening’s mobilisation of local people, right across the border region, has been a powerful demonstration of people power and of the implacable opposition that exists in border counties to the North being dragged out of the EU and of our determination to resist the imposition of any border infrastructure.

“The uncertainty around the outcome of Brexit negotiations are a cause for deep concern and too much uncertainty around the border issue remains. Border communities are going to be the collateral damage if there is a no-deal Brexit so we wanted to make a very clear stand today against the return of any hard border in Ireland.

“Border Communities Against Brexit wish to commend and congratulate all those local people who turned out to defend their livelihoods and to defend our economy and our peace process.”

BCAB representatives are due to meet EU Brexit negotiator Guy Verhofstadt in Brussels today Thursday to discuss the Brexit impasse and the impact it is having on people living in border communities.