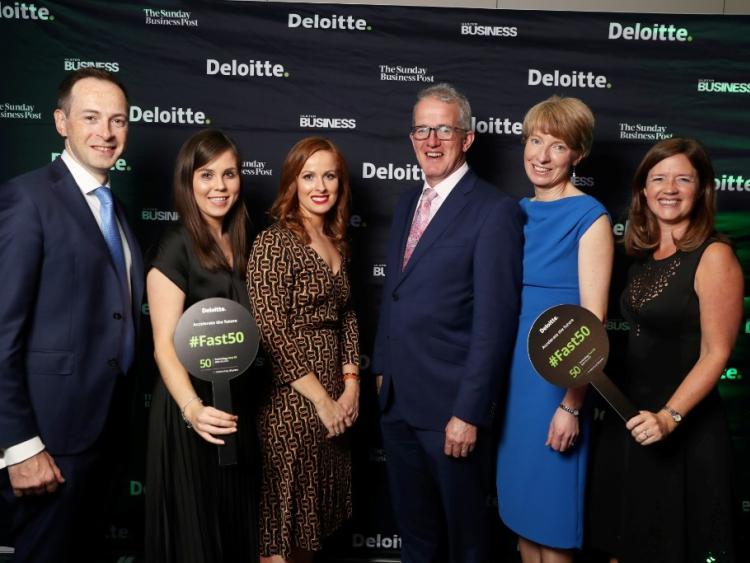 Leitrim company Cora Systems has secured a place in the 2019 Deloitte Technology Fast 50 ranking, while Limerick company Electricity Exchange has taken the number one spot.

The company is a leading provider of demand response technologies and services, deploying technologies to deliver additional revenue directly to commercial and industrial electricity consumers’ bottom line. The company, a new entrant to the ranking this year, achieved a growth rate of 1442% over the last four years.

The Deloitte Technology Fast 50 Awards is one of Ireland’s foremost technology award programmes. It is a ranking of the country's 50 fastest growing technology companies based on revenue growth over the last four years, and this year marks 20 years of the programme celebrating innovation and entrepreneurship in Ireland’s indigenous technology sector.

The company is dedicated to bridging the tech skills gap, and the productivity gap between developers and non-technical professionals. Based in Dublin, it provides diplomas to produce career-ready software developers and to train people to work efficiently with developers. It achieved a growth rate of 1084%. Leitrim-based Cora Systems takes the 46th spot in the ranking.

All four provinces are featured in this year’s awards. 28 of the winners are Leinster-based, 13 are based in Ulster, followed by Munster with 8 companies, and Connacht with 2 companies.* Overall, 14 counties are represented in the 2019 listing.

Announcing the winners of the Deloitte Technology Fast 50 programme, David Shanahan, Partner, Deloitte, said: “Since 2000, the awards have showcased an innovative and diverse range of Irish technology companies, and this year is certainly no different. Over this time, we have seen Irish technology companies capitalise on the opportunities that came from technology deregulation, the emergence of an international financial services sector here, and the growth of e-learning and virtualisation technologies, to name a few.

This year, it is fantastic to see so many new entrants perform so strongly in the ranking, and it is encouraging to see these companies use technology innovation to address really important issues, from energy solutions to supporting the development of tech talent.

“We’re delighted to be supporting these companies and recognising them with these awards. Over the last 20 years, the Fast 50 has become the benchmark of success for Irish tech companies.”

Once again, this year’s awards programme included a number of award categories in addition to the overall ranking. These included the cyber security award, which illustrated the breadth of innovation in cyber security in Ireland. Titan IC was this year’s winner of this award.

Clive Lennox, Silicon Valley Bank Vice President for Ireland, commented: “It has been an exceptional year for technology innovation within Ireland. As a bank that is dedicated to the innovation economy, we see first-hand the positive impact the Deloitte Technology Fast 50 companies contribute to the Irish economy and the potential they still have to offer.

"At Silicon Valley Bank, we’re incredibly proud to work with the most innovative businesses across Ireland, who are actively changing the world around us for the better.”

The @DeloitteIreland #Fast50 is about to kick off and we’re so excited to be here. Looking forward to finding out where we rank among the fastest growing #tech companies in Ireland! pic.twitter.com/jdDfxVtOvO