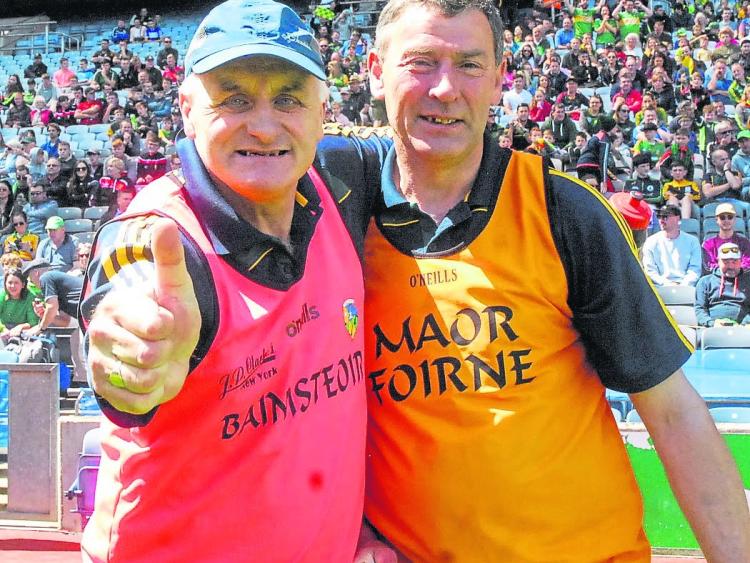 In the wake of his resignation from his position as Leitrim senior hurling team manager, Martin Cunniffe has spoken about the circumstances that led to his resignation, saying he feels he was "ambushed."

Outlining the circumstances that led to him resigning from his position after nine years at the helm, Martin told the Leitrim Observer he attended a meeting called by the officers of the County Board along with members of the hurling board and GDAs in Avantcard Pairc Sean MacDiarmada on October 24.

Martin said a "select few" were notified of the meeting but others were not informed and when the meeting was underway he was asked if the senior county trainer, Michael Coleman would be staying on in his role. Martin replied that he was "almost certain he was" staying on but was then informed eight members of Cluainín Iomaint would not be making themselves available to play for the senior county team next year unless there was a change in management.

The next development was on Bank Holiday Monday, October 28 when Martin attended Carrick Hurling's Connacht Junior Championship game in Sligo after which he said: "It was indicated some of the (Carrick) players had a problem with me."

Martin added: "Cluainín Iomaint confirmed to the team captain I was the man they wanted out but I have heard since that some players didn't know (about this development).

"I don't mind leaving but it was the way it was done. Nobody asked me was I staying or going. If Coleman was staying as coach, which he almost certainly was, I intended to stay.

"If someone said they would like to run the team I would have no problem. In January, when we started, it was just me and Michael Coleman. My wife even had to take time off to help us with the food."

Martin expressed his gratitude to former Galway star, Michael Coleman and his family for their support who he said were "upset over the way it ended."

Martin added: "It was such a successful year but I'm not in it to win All-Irelands. If we had been beaten by 10-15 points I'd still be there."

Referring to his relationship with the Leitrim players Martin said: "There are always small issues with players because only 15 can play and 18 others are looking on. I want to thank those 33 lads for their efforts, it ends with an All-Ireland and no one can take that away. Leitrim will be back in Croke Park, I have no doubt."

Looking to the future Martin commented: "It's not a great ending and it could have been avoided so simply. That's the end of me with the hurling.

"I'm surprised the Carrick players had an issue, that was a big shock to me but I have to accept it."

While his role with the county team has come to an end, Martin is still the hurling board chairman but acknowledged he will have to consider whether or not to remain in that position.

"I will have to think very strongly about that, it may not be easy to stay. Leitrim hurling could have done without this, it's dirty work as far as I can see.

"I definitely won't be back in any (management) role. My heart wouldn't be in it if I thought fellas didn't want me.

"I'm disappointed with the way it ended and it knocked a lot of good out of winning the All-Ireland. I'm not there for pats on the back but just for hurling."

Leitrim County Board have reacted to the news of Martin's resignation by paying tribute to his contribution to hurling in the county. In a statement published on Leitrimgaa.ie the county board said: "Leitrim GAA remains eternally grateful for the wonderful contributions of Martin and the entire Cunniffe Family to Leitrim’s Senior Hurlers over many seasons and particularly in 2019.

"Thank you, Martin we look forward to your continued involvement towards the promotion of the game!"