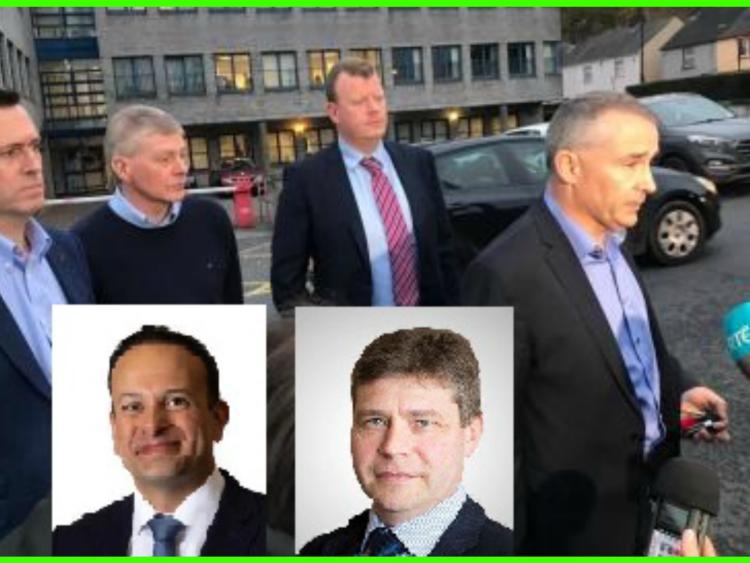 An Taoiseach said "I sought this meeting in order to thank the directors for their courage, their determination and their commitment to this vitally important company which creates so much employment and economic activity in a region that needs it.

"I wanted to hear their views and assure them of the Government’s support for QIH, which employs more than 800 people in Ireland and Northern Ireland, and is an integral part of the community.

"In particular, I wanted to thank Kevin Lunney for the resilience he has shown following his barbaric abduction, assault and torture.

I discussed my recent meeting with the Garda Commissioner and the Minister for Justice. I assured them that their own security, that of their employees, and law and order in the border region is treated with the utmost seriousness at the top of Government.

"Law and order must, and will, prevail in all parts of the country.  We agreed to stay in contact as the criminal investigation against the perpetrators proceeds."

Minister for Justice Charlie Flanagan stated last night: "Policing in the border region has long been very challenging as criminals have always sought to exploit that border.  I have every confidence that An Garda Síochána and the PSNI are working together at historically close levels to prevent and investigate cross-border crime and the fruits of that cooperation were evident this week in a series of major searches. Nobody is above the law anywhere on the island and the new Joint Investigation Team agreement signed this week formalises the necessary policing cooperation and leaves no hiding place for criminals operating in the border area - they will be relentlessly pursued in both jurisdictions.

"The establishment of the first ever AGS-PSNI Joint Investigation Team involving Eurojust is a very significant and positive development. It will further support the existing Joint Agency Task Force established under the Fresh Start Agreement. There are already 1,500 Gardai in the border region - including three Garda Armed Support Units. I am pleased that 150 additional officers have been assigned to the region in the last two years following a difficult period for policing arising from the 2010 closure of Templemore College.”