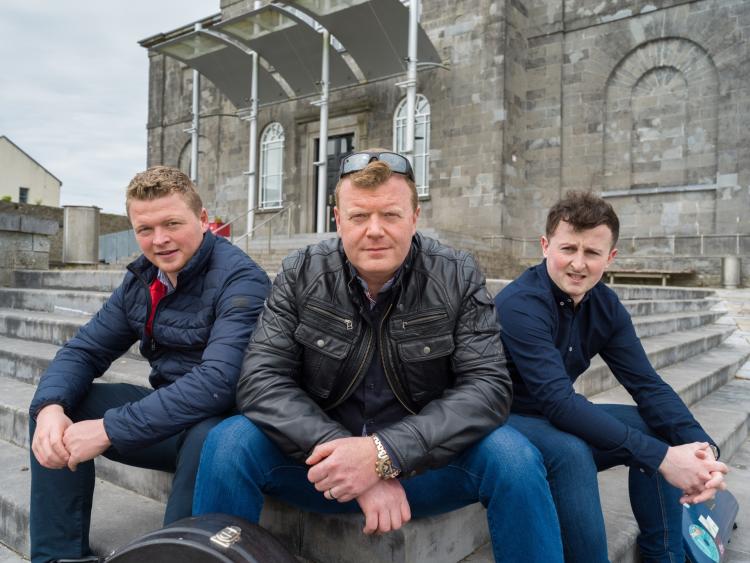 Join Dylan Carlos, Céin Sweeney and John McCartin as they perform a set of driving reels and jigs in The Dock, Carrick on Shannon, this Friday, November 15 at 8pm.

These three superb musicians have recently released a self titled new 12 track album of Irish Traditional Music on fiddle, flute and guitar.
Carlos Sweeney McCartin is a no nonsense recording of fiddle and flute accompanied by guitar. It is sweet music and excellent chosen sets of tunes the whole way through.

Dylan Carlos captured top honours at Fleadh Ceol na hEireann taking home first place in the senior fiddle competition this year.
Céin Sweeney also won the senior flute only a couple of years back.
While John McCartin is a powerhouse on guitar and has been seen most recently with supergroup Garadice.
This album of jigs and reels is uncompromising in its direct reflection of traditional Irish music as played in sessions in the north west of Ireland today.

There are no token tracks of reflective airs or senselessly obscure exhibition pieces.
An integral part of the sound and shape of this album is the contribution of the recording engineer, Dave Sheridan at Surround Sound Bud Studios.
Not only did he provide the tools and venue to get the best from the instruments, his easy manner, and good humour got the best out of the players too.

When it came to arranging, his advice was so indispensable that he quickly fell into the role of co-producer.
The album was mixed exquisitely by Donagh Hennessy and polished and buffed with the addition some special guests including George McAdam, Donal Lunny and John Joe Kelly. You never know who might turn up on the night!
Carlos Sweeney McCartin is energetic and rambunctious, unbridled and unapologetic.
Hear them for yourself in the intimate setting of The Dock this Friday night.
For tickets see www.thedock.ie or call 071 96 50828.