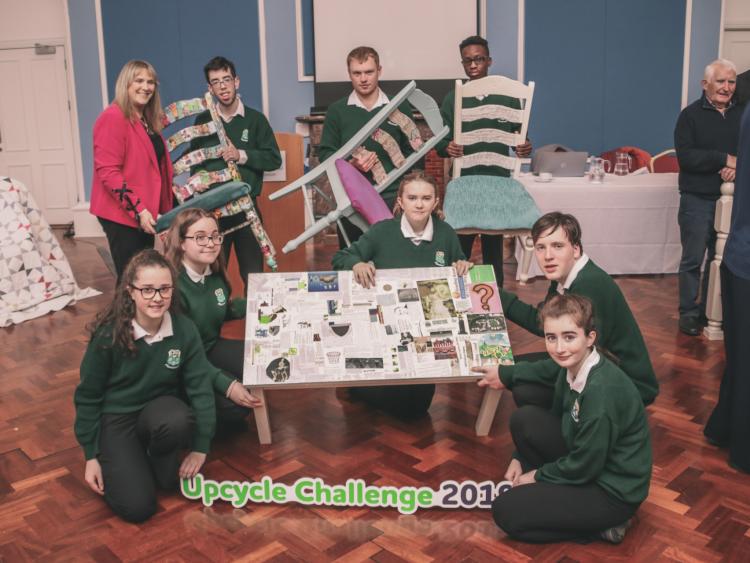 Students at Drumsshanbo Vocational School have used and reused their up cycling skills to secure the  EPA – Special School Award at this year’s National Upcycle Challenge.

The Upcycle Challenge was set by mywaste.ie and the Environmental  Protection Agency (EPA) as part of this October’s Reuse Month, and the eight winners were presented with their prizes at a special ceremony in Collins Barracks, Dublin on Friday November 22.

The Upcycle Challenge invited participants to use their imaginations to create something new and useful out of old unwanted and discarded items or material.

Drumshanbo Vocational School, Co Leitrim were so impressed with a visit to the Rediscovery Centre they decided to put what they learned into practice by using decoupage to restore old furniture. The industrious and creative students also passed their skills on to other students in the school thereby winning the EPA – Special School Award at the National Upcycle Challenge.

More than 230 entries were received for the Upcycle Challenge from individuals, community organisations, Men’s Sheds, and schools across the country. A total of seven category winners were decided by a judging panel, who also chose the three finalists for the People’s Choice Award.

Also read: Leitrim's Corn Mill Theatre are through to All Ireland One Act Final

From November 12, the public voted for the three finalists on mywaste.ie's social media platform.