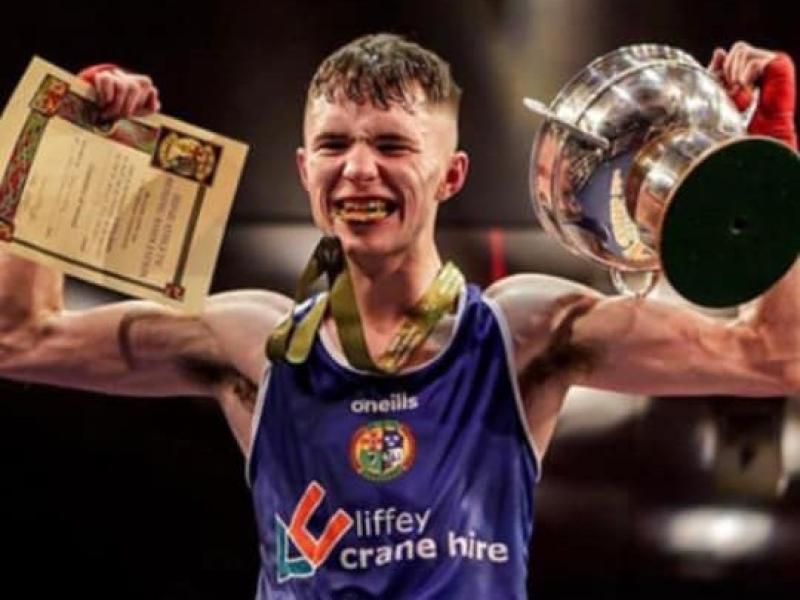 Following on from his heroics in winning his first elite national title on Friday night last, November 22 when he defeated defending champion Patryk Adamus on a split decision in the national stadium at IABA finals, Sean McDermott Boxing Club's Dean Clancy will be treated to heroes return on Saturday evening, November 30 when he returns to Manorhamilton.

Sean McDermott Boxing Club will host a victory parade and reception for Dean to celebrate his historic victory in the National Elite Championships.

There will be a lap of the town starting from the fire station at 6.30pm and the local community is invited to join this victory parade and to come out and cheer on the National Elite Champion.

There will be a reception at Sean McDermott Boxing Club at 7pm where Dean will be presented to the crowd.

The new Irish 57kg champion who is from Sligo but trains with the Sean McDermott Boxing Club in Manorhamilton wasted little time in turning his attention to his next target, which is representing Ireland at next year's Olympic Games in Tokyo.

Speaking to Irishboxing.com shortly after his 4-1 victory, Dean proclaimed: “Dean Clancy for Tokyo 2020 you have heard it here first.”

“It’s a dream come through, I have dreamt of this night since I was a little kid and for it to happen tonight is special.”

It has been a year to remember for Dean who only recently turned 18 but there is no suggestion of him resting on his laurels as he is already aiming for further success.

“I won the under 18s in August and the Seniors three weeks ago and now this is just the cherry on top. I only just turned 18 three weeks ago. It is truly a dream come through.”

Reflecting on his victory over Adamus, Dean felt the margin of victory should have been even more decisive but nevertheless he was overjoyed to have claimed the elite title.

“I thought the decision should have been 5-0 but sure look, I got it done and that’s the important part,” he added before expanding on the game plan.

“I just got behind my jab and kept him long. We thought he was going to try and drag me into a war but I just boxed and it worked tonight.”