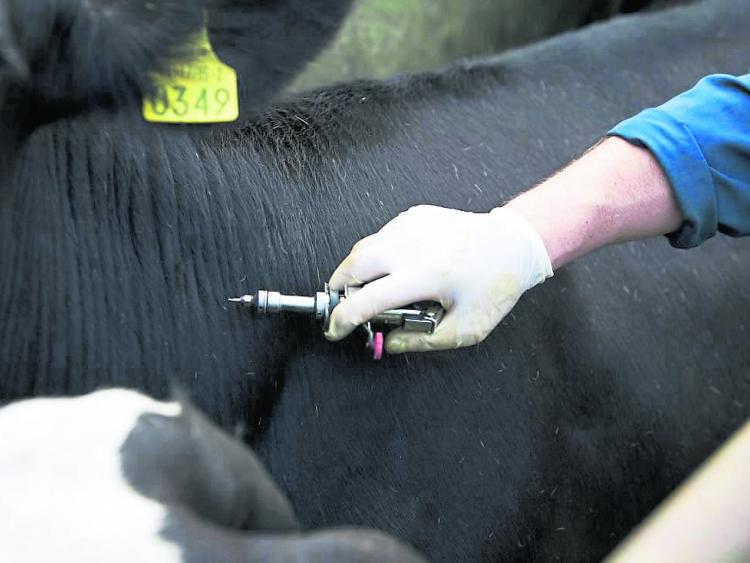 Sinn Féin Cllr Brendan Barry has received full support from his Ballinamore area colleagues to call on the Minister for Agriculture, TDs and MEPS to opposed any additional costs of workload being imposed on farmers as part ofa TB eradication programme.

Cllr Barry explained that the EU are considering reducing funding for TB eradication programme as Irish figures continue to get worse. He said farmers are in fear that two tests could be imposed upon cattle due for sale and this would mean more cost on farmers. He said the Government has spent the past 65 years trying to eradicate TB and more needs to be done.

He noted that if the advice of experts from AHB in New Zealand in 2008 been implemented “We too could be well on the way to having TB eradicated from livestock in 2026. Instead we have rising herd incidence and rising numbers of reactors per 1,000 tests.”
He said the department's delay moving reactors and checking wildlife after a reactor is found in the herd is part of the problem.

Cllr Barry said local farmers are “afraid of their lives” that two TB tests will be needed instead of one.
He understands tests will only last 6 months and two tests could be needed if cattle are to be sold. While farmers pay for the anual test each year, additional tests have been paid for by the Department of Agriculture. It is feared this second test  six monthly could be required to be funded entirely by the farmer.

Also read: Leitrim Gardaí urge homeowners to be vigilant after spate of break-ins