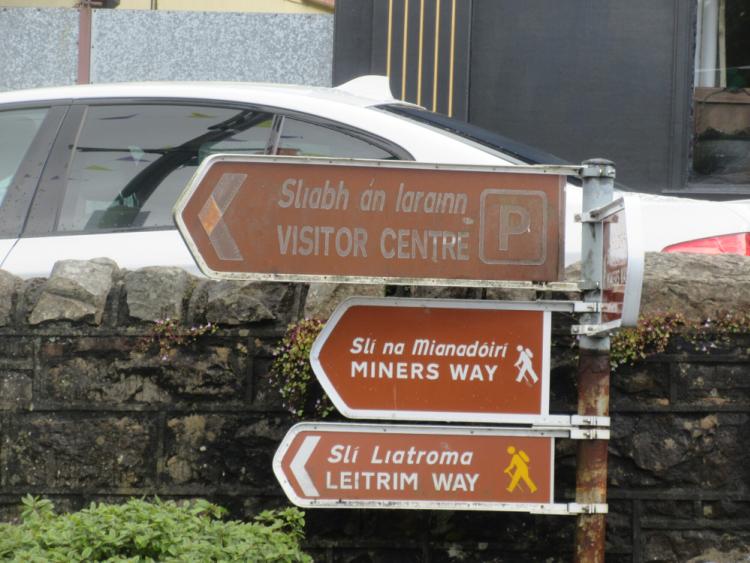 Signpost for The Leitrim Way

Mr Michael Ring TD, Minister for Rural and Community Development, has announced the addition of 10 new trails to the Walks Scheme operated by his Department and the 24kms of the Leitrim Way is included.

120 landowners are included as part of the Leitrim way which runs from Drumshanbo to Manorhamilton and covers about 48km. It joins the Cavan Way at Dowra in County Cavan where it continues as the Beara-Breifne Wayall thwe way to The Beara Peninsula, County Cork.

These are the first trails to be added as part of a phased expansion that will see the Walks Scheme doubling in size to 80 trails when all phases of the expansion are complete.

Minister Ring said: "The expansion of the scheme follows a call for Expressions of Interest earlier this year which saw more than 50 applications being received. Up to 30 more walks will be added to the scheme over the next year, once my Department has completed a review of the Scheme and further trails are assessed to ensure that they meet the necessary standards to be included in the scheme.

Fine Gael TD and Assistant Government Chief Whip Tony McLoughlin, has said that the inclusion of the Leitrim Way in the expanded Walks Scheme will be a real boost for Leitrim’s tourism.

"The Scheme contracts the landowners and farmers, or their nominees, to undertake maintenance work on sections of National Waymarked Ways and other priority walks that traverse their lands. The Scheme is administered at a local level by Local Development Companies. Walking tourism has huge potential and can deliver real dividends to local hotels, BBs, restaurants,
pubs and shops.