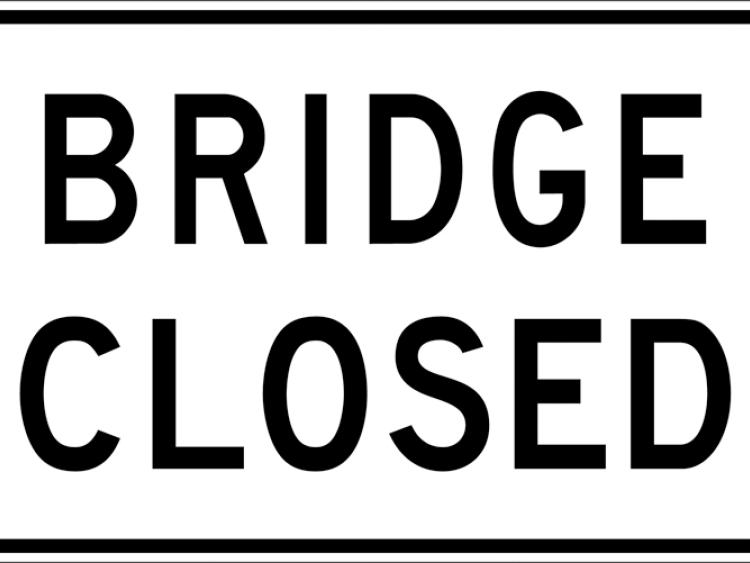 Leitrim County Council is closing two bridges in North Leitrim because of serious safety concerns.
The bridges: one on the L42212/0 Gortnacatkogue to Lugnaskeehan road and a second on the L2108-2 Meenagraun/Conwal North road, are both in very poor condition.
Speaking at Monday's Manorhamilton Municipal District Meeting, district engineer, Marie Mulligan, said that the local authority had “no choice” but to close both bridges.
The comments came after Cllr Padraig Fallon and Cllr Mary Bohan both highlighted issues with bridges in the area.
Cllr Fallon had asked that bridge repairs be carried out on bridges at Meenagraun/Conwal North and also at Derrynahimmirk.
Cllr Bohan also asked that works be carried out on a bridge on the L42212/0 Gortnacatkogue to Lugnaskeehan road.
Responding district engineer, Marie Mulligan said the two bridges highlighted by Cllr Fallon were inspected this week and both were in “poor condition”.
“The first bridge at Meenagraun/Conwal North is in a particularly bad condition and we have had to make a decision to close this bridge,” she acknowledged.
“A hole has recently appeared on the verge and even though there previously has been a two tonne weight restriction, this bridge isn't of a condition to be used.”
The second bridge at Derrynahimmirk will remain open, she said, but a two tonne limit remains in place and weekly safety inspections will be carried out at this location.
She said that emergency funding has been promised by the Department of Transport to carry out necessary rehabilitation works on both bridges highlighted by Cllr Fallon and said that they will be prioritised next year under the 2020 programme of Bridge Rehabilitation.
“We are currently working on the tender documents and it is planned to tender these works early in the new year,” added the engineer.
In a separate motion, Cllr Mary Bohan highlighted concerns about a bridge on the L42212/0 Gortnacatkogue to Lugnaskeehan road.
She had asked that warning signs be erected to inform motorists using the bridge but district engineer, Marie Mulligan said that the council had no option but to also close the bridge because of safety concerns.
Ms Mulligan said the bridge had been inspected and was in a “very poor state of repair”.
Because funding has already been secured for works on two other bridges for the coming year, Ms Mulligan said she was “not very hopeful” that additional funding will be granted for urgent repairs on this bridge.
She said the council will complete an emergency repair application but in the meantime, the council have to close the bridge. The closure will come into effect this week so that no further damage is caused.
“This bridge did have a weight restriction in place but heavy trucks are still using it and that is a problem,” said Ms Mulligan.
“We have no option but to close this bridge. It will cut one resident off but there is an alternative route,” she said, adding that farming traffic would also have to avail of the alternate road to access this area.